Yōkobo: Finding a Discreet Place for Robots in Connected Homes

“Robots are not capable of emotion, but this research shows it is possible to work on their capacity for expression.”

A new style of robot is on the horizon. A far cry from humanoids like Pepper or the imaginings of science fiction, this innovative project being developed by Orange Innovation Experience Design Lab (XD Lab) is breaking the mold of robotics. Yōkobo is what we call a robject: an everyday object that contains a robotic entity. Placed at the entrance to the house, like a barrier between the outside world and your private life, this robject is first and foremost a beautiful ceramic tray for holding your family’s keys. The robot was designed to support a newly retired couple at that pivotal age where the pace of life shifts and relationships can weaken. Yōkobo’s modest goal is to strengthen these relationships.

Yōkobo doesn’t aspire to be a technological superpower, but rather an emotional superpower. The robot wakes up whenever someone enters the room. Its movements and expression will then emulate the atmosphere inside the home, using temperature, humidity and air-quality sensors. Because this data is extremely variable, the robot will never behave in the same way twice. “It’s an object with a personality,” says Dominique Deuff, a researcher at Orange Innovation and a PhD student at LS2N and Strate Research – Strate École de Design. “People should feel like the object has intent, due to its unpredictable behavior.” The information it provides isn’t direct or transparent: You have to try to decode it, and this ambiguity encourages interaction between human and machine. Yōkobo will also try to communicate with people, mimicking their movements and responding to certain gestures, such as a wave or a Japanese bow.

House Keys at the Heart of the Project

The robot keeps in mind its primary function as a key tray and its technology is based on the family’s sets of keys. “Each family member has their own key ring, which can be used to recognize who is entering the home, without the need for facial recognition. Thanks to its RFID chip, Yōkobo knows whom the set of keys belong to and will act accordingly. In a sense, these keys open the door to the robot’s soft functionalities,” explains Gentiane Venture, Distinguished Professor at the Tokyo University of Agriculture and Technology, who is collaborating with Orange Innovation on this project. In this way, whenever they drop off or pick up their keys, both members of the couple will have a record of their partner’s recent comings and goings. That is to say, Yōkobo’s last recording of the other person’s movements, which it will try to act out.

In-Depth Research in the Field

It all started with thorough fieldwork. Ten recently retired couples in France and Japan were observed at length to understand their lifestyle, their needs and the limits of having a robot in the home. “We learned a huge amount by watching Pepper with these families,” says Gentiane Venture. “He was marketed as a new member of the family but, in fact, he wasn’t socially accepted; he was too bulky, too visible, he had trouble moving, stumbled around furniture and flowerpots, etc.”

It’s a technological fact: Strong artificial intelligence, i.e. artificial intelligence with consciousness, does not exist. Robots are not capable of emotion, but this research shows it is possible to work on their capacity for expression. Yōkobo’s simplicity and personality won it the Kawaii Kansei Design Excellence Award. Following on from this success, the robot will now be deployed in the field, replacing Pepper in the trial families observed by Orange Innovation. 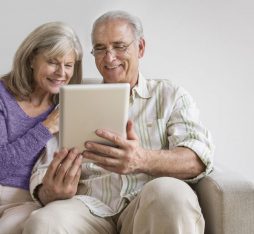 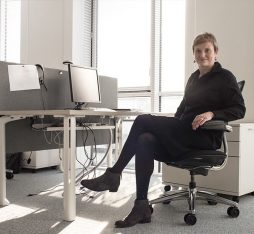