Many researchers are convinced that as part of the fight against and a cure for depression, video games could be as effective as psychotherapy. Research around hypothetical therapeutic video games is not a new fantasy but rather a working axis cleared from work carried out in the mid-1990s by some experts for children with autism.

“In therapy with children, video games become more and more same as dreams: a royal road to the unconscious state” explains psychologist Yann Leroux, which is why this more and more realistic and dreamlike medium recreates a link and a discussion with the most difficult patients.

Yann Leroux takes as an example the ICO game whose atmosphere earned its Japanese creator Fumito Ueda many praises. This game features a young boy unjustly excluded by his tribe and locked in a fortress because of his physical difference with the rest of the inhabitants of his village.

In this game, “surrender and the banning of the main character can be easily identified by a child. » explains Yann Leroux.

In his work, psychologist Michaël Stora also chooses ICO as a therapeutic work, capable of transforming the relationship of patients with the world and others, to improve their daily lives.

In the adventure, the young hero quickly meets Yorda, another prisoner in distress, “a woman who was soon besieged by the children patients as the incarnation of a mother. Fragile and bloodless, she simultaneously represents the victim, but also a key to letting […] out of the prison.”

Michaël Stora is convinced that this positive confusion that patients can maintain between reality and fiction can, in some cases, lead to satisfactory results. “This experience over a year convinced me that video games, specifically ICO […] had in itself all the necessary springs, not in the work of development through words, but through the game itself.”

In addition to these already satisfactory practices, much further study been developed. From 2011, New Zealand researchers undertook the creation of SPARX, a video game designed to treat adolescent depression – a condition that is treated only in 20% of young people involved. SPARX refers to “smart, positive, active, realistic and x-factor thoughts”, i.e. an experience for young people to virtually fight “evil thoughts.”

The study, conducted among 86 depressed adolescents, reveals that 44% of them have fully treated their disease. For comparison, out of another group treated only with conventional clinical treatments, only 26% of the subjects were able to complete healing.

In January 2017, a more recent study, conducted this time with an adult using a therapeutic game called Project: Evo, confirmed this trend. Patricia Arean, a professor of psychiatry at Washington University, explains: “We think this game is effective because it exerts a particular area of the brain that we think is associated with depression.”  At a rate of 20 minutes per day, this entertaining video experience would have positive and conclusive effects in 80% of patients. “This video game is as effective as psychotherapy,” she concludes.

Research in this area is far from complete, but it appears that games, whether originally designed as therapeutic tools or not, may indeed have a positive impact on the well-being of patients of all ages. 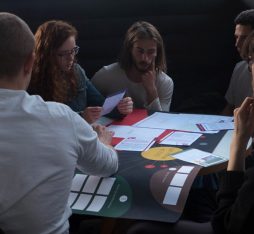 Future 20XX, the future in play