“OK Djingo! What’s on TV tonight?” Speaking to an object that talks back to you – intelligently – used to be the stuff of Sci-Fi: no longer. Using Djingo, Orange customers will be able to access their carrier’s products and services via a text or voice-activated conversational interface. In the home, Djingo will spring into action to switch on the TV, get a film ready to screen, launch your favourite playlist or control connected objects. But its functions go well beyond the four walls of your living room. The idea is to access services provided by Orange and its partners in ways that allow customers to control their online services. Thanks to Artificial Intelligence, the words written or spoken by the user are no longer raw data lacking a context. The service aims to understand the meaning of the phrases pronounced by the user as well as the emotion generated by the tone of voice or the rapidity of speech. Access to the information you need is easier and more direct.

Birth of a project

Twelve months ago, Orange launched an innovation project involving conversational services, convinced as it is that, as AI technologies improve, this new way of interacting represented the future of customer relations. A small team of developers and customer experience specialists was accordingly set up to work on a product vision and create a technical solution. Yvan Delègue, Director of Orange Multimedia Applications, explains: “We’re trying to imagine what lies ahead in the “post app era”, as it’s called. Our approach is pragmatic and open. With all our researchers who are working in these areas, we have a huge wealth of in-house skills. But we are also keeping an eye on all market players, from the big names to the smallest start-up, the idea being to marry our in-house expertise with the best the market has to offer.”

Designing an assistant like this overturns all our tradition ways of designing and building a service. “Until now,” adds Yvan, “when we were developing a function, we first thought about the graphical user interface, from a largely “Web & Applications” viewpoint. While I don’t think that conversational services will sound the death-knell for graphical interfaces, they do constitute a new approach to accessing them. We are clearly no longer in the “Mobile First” vision that has dictated what all businesses have been doing in recent years. We’re now talking about “Customer First”, because we’re making the customer central to our thinking once more, so that we can provide them with an instant service, tailored to their requirements, as well as taking the context into account. So it’s now the service that adapts to the user, and not the other way round.”

Imagining the customer experience of the future and developing the technology to support it involves a new exercise in observation and forward thinking that will encourage business sectors at Orange to accelerate their own digital transformation. Right from the get-go, Orange ranks among the leading carriers to explore this field in Europe and to offer its customers an avant-garde, practical solution. 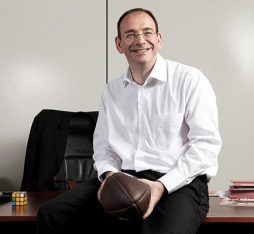 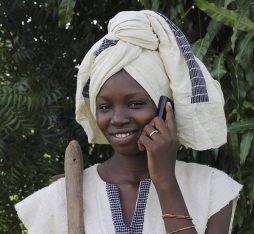 « In the Pelagos Sanctuary, whales can sleep peacefully!
Hello Future NewsletterStay up to date on all the progress in research and innovation. Subscribe x