“In the Web3 era, platforms would no longer be owned by profit-making companies, but by communities of users.”

We may soon be entering the Web3 era, a concept that brings together technologies such as blockchain, cryptocurrencies and NFTs (non-fungible tokens). The promoters of Web3 present it as the next stage of the Internet’s evolution. The Web 1.0 of the 1990s, based on static web pages connected by hyperlinks, was succeeded in the mid-2000s by the more interactive Web 2.0, with the sharing of texts, photos and videos by Internet users on blogs and social media. As a result, the Internet giants (GAFAM) have created centralized, opaque platforms that allow them to collect and monetize a huge volume of personal data. Often operating without the knowledge of the individuals concerned, this exploitation has the potential to endanger democracies, as illustrated by the Cambridge Analytica scandal.

Gavin Wood, a British computer scientist who co-founded the cryptocurrency Ethereum, coined the term Web3 in 2014 for a decentralized web in which Internet users regained control of their data. The creation of Web3 might be considered as a way of repairing the excesses of Web 2.0.

Will Internet users take back power?

Web3 uses the technology and philosophy of the blockchain, a decentralized, unforgeable register in which all transactions between users are recorded. Having already enabled the development of cryptocurrencies, the blockchain could serve as the basis for this new web governance.

In the Web3 era, platforms would no longer be owned by profit-making companies, sometimes acting against the general interest, but by communities of users. The latter would be responsible for their operation and development in total transparency, since their actions would be recorded. A user would earn more cryptographic tokens the more they contributed to the platform, which would give them increased decision-making power (leading to other issues).

“The platforms and applications built on Web3 will not be owned by a central player, but rather by users, who will earn their participation by helping to develop and maintain these services,” suggested Gavin Wood in an interview with Wired in November 2021. The computer scientist has created the Web3 Foundation, which aims to fund the R&D teams that will build this new version of the web. The first projects supported include Polkadot, an open source protocol that allows transfers between blockchains, and Kusama, a network of specialized “parachains” (chains that are parallel to a blockchain).

CEO of the start-up Archipels, Hervé Bonazzi proposed several possible developments of Web3 in a post on LinkedIn. After cryptocurrencies and NFTs, the future web could accelerate the “tokenization” of our economy, by “allowing peer-to-peer transmission of value in real time, without intermediaries. (…) In Web3, you will no longer need to go through a bank intermediary to transfer money or through a rental agency to rent your holiday home.”

He thinks that Web3 will also change our relationship with the issue of personal data protection by providing a universal identity layer. While today’s Internet users have to juggle multiple logins and passwords, Web3 will make possible the concept of Self-Sovereign Identity, “an approach where the individual should be able to control and manage their digital identity, without the involvement of a third-party administrative authority”.

These developments affect players in the financial markets, who don’t want to miss out on a technological revolution. Venture capital firm Andreessen Horowitz announced a 4.5 billion dollar fundraising campaign in January 2022, through its “a16z” investment fund, dedicated to Web3. Alchemy, a blockchain development platform claiming to be part of this movement, raised 200 million dollars the following month, bringing its valuation to more than 10 billion dollars.

Critics of Web3 are dubious of these record numbers, raising the spectre of a bubble. The Atlantic has denounced a financialized vision of the Internet, backed heavily by investors and speculative currencies – “there is an immense amount of money to be made” – based on “confusing projects” and varied “countercultures”.

An article in Les Echos reports that regulators are concerned about certain aspects of the project, in particular DeFi (Decentralized Finance), which aims to make users independent of banks. “This could encourage money laundering,” the newspaper declared. Other voices consider the concept nebulous, with Elon Musk dismissing Web3 as a marketing buzzword. 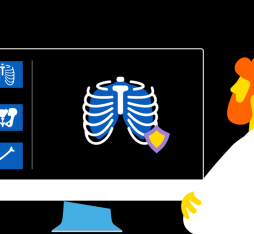 Blockchain at the service of public sector transformation 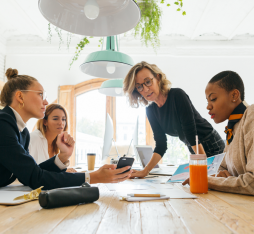 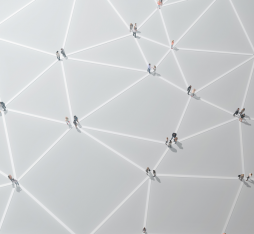 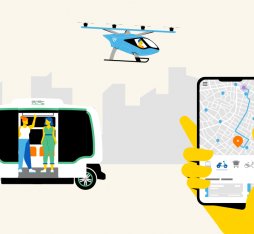