Surgeon, teacher, architect, customer relations manager... In these five professions, as in others, technological developments are shaking up organisations and can be a cause for concern. But they aren't doing away with human beings. And they are improving working conditions, creating opportunities, and increasing quality of service.

According to a recent study by MIT and Boston University, the introduction, in the United States, of 1 robot for 1,000 employees leads to the loss of 5 to 6 jobs. Enough to once again support the idea that progress destroys jobs. A fear that is as old as progress itself. Meanwhile in France, the Employment advisory board concluded in a report that only 10% of jobs in France are threatened by automation. No two sets of figures are the same… But what about in practice? Technological developments (robotisation, artificial intelligence, automation) are shaking up old habits and organisations. But they are also considerably improving working conditions, for example by reducing human error and repetitive or risky tasks. They are also creating new opportunities in professions where creativity and human intervention, in particular, remain crucial. And when they do on occasion profoundly change a profession, it is usually for a better quality of service. Here’s proof in five professions that have been “augmented” by innovation.

On 21 November 2017, the Avicenne hospital in Bobigny will perform the first surgical operation (fitting of a shoulder prosthesis) to use Microsoft’s HoloLens augmented reality headsets. The surgeons will have before them the many screens on which x-rays, scans, and other information are usually displayed. A procedure, which also reveals details that are invisible to the naked eye, thus avoiding, for example, severing an important blood vessel. And since 2013, the hepato-pancreato-biliary service of Strasbourg CHU (University Hospital) has been using the augmented reality technique, which uses 3D-reconstruction software to enable overlaying of the patient’s scan or MRI images onto actual surgical videos. Leading to a greater precision of surgical gesture and therefore less human error. Similarly, at the Georges-Pompidou European Hospital, Thales has developed an augmented reality system enabling orthopaedic surgeons to see the skeleton through the skin in real time. Now the eye is no longer alone guiding the hand.

The teacher in immersion with the pupil

Virtual reality and augmented reality are two ways forward for teaching. The former has the advantage of being fun and immersive. In this way plastic arts, architecture, or engineering students can visualise their projects, and in the same way history students can dive into Egyptian mythology or the Napoleonic Wars. Another significant advantage is that virtual reality focuses attention and prevents distraction. As for augmented reality, it complements learning and can thus optimise it. By offering extra information or instructions, it can guide pupils or students in their gestures for manual or technical training for example. A way for them to be active in their learning experience. More than just a digital transmission, “augmented” teaching complements the teacher-student relationship.

A far cry from handheld mechanical pencils, plans and drawing boards, most recent technological developments have significantly changed the work of the architect. Autocad, Sketchup and other BIM (Building Information Modelling) software enable the creation of plans and quotes, 3D images, and quick sketches so as to test ideas when the client is present. Among other innovations storming architects’ practices: the application by InViz, which gives you the possibility to see a plan in 3D by scanning it with a smartphone. Furthermore, new professions should appear, such as that of virtual home designer. With the development of virtual reality, the next few years should see an increase in the demand for expertise combining the narrative capabilities of a video game designer with those of space management of the architect. All of this technology, which for the most part is already present in an architect’s everyday life, saves time that is precious, in particular for thought and creativity.

The logistician in the age of Big Data

In the lengthy e-commerce chain that goes from producer to customer via the market place, the supplier and the transporter, information relating to an order is generally held by only one player, which is often the supplier. One small delivery problem can lead the customer on a wild goose chase. Indeed, optimisation of the supply chain is still wishful thinking. Yet Big Data is paving the way for new man-machine interactions: customer-demand anticipation, real-time tracking of stocks, customer satisfaction analysis, cost reduction thanks to a predictive approach… This digital revolution, in which the internet of things (IoT) plays a central role, is giving rise to new professions such as that of Sales & Operations Planning Manager, as well as new practices, such as order pickers equipped with connected glasses that guide them through warehouses, interior drone assistants used to optimise stocktaking, etc.

According to geneticist Albert Jacquard, “You can teach a computer to say “I love you”, but you can’t teach it to love”. At least not for the time being. And besides, that isn’t what we expect from a chatbot, those conversational robots equipped with artificial intelligence, that are used in customer relations. The aim, albeit less ambitious but so useful in our era of the internet where brands try to be available everywhere at all times, is to provide the gift of ubiquity, to channel the flow of messages, and to provide support to the customer service teams. By “listening” to a conversation with a customer, the bots can, for example, provide additional useful information to the advisor. They can also group clients into thematic “clusters”, enabling the advisor to provide answers that are suitable for several clients at once. Beyond chatbots, the plethora of data collected via IoT enables advisors to be more independent and to provide more relevant solutions to the customer. Be they experiential, commercial, recreational, or as-a-service, IoT applications are only just getting started.

POC to guide our choices in the innovation process 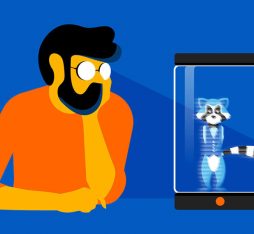 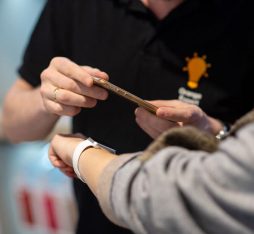 « The future, such cinema!
Hello Future NewsletterStay up to date on all the progress in research and innovation. Subscribe x