Confident surgeons operating patient in emergency room. Team of healthcare colleagues are working in hospital. They are in blue scrubs.
Reading time: 3 min

In recent years, projects developing telemedicine solutions have boomed. Robotics brings key added value to both patients and healthcare workers. However, its application and, by extension, its widespread use still face the major barrier of connectivity. Its often mission-critical applications require very high performance in terms of bandwidth and latency.

At the Saint-Martin private hospital in Caen, France, Orange is partnering with Conscience Robotics to conduct experiments in this area. This Normandy-based startup has created an AI specialized in all kinds of robotic applications. “We have developed an operating system, named Conscience OS, that allows us to fully exploit the physical capabilities of robots, including their movement, detection and interaction capabilities,” explained Iliès Zaoui, the company’s CEO and Founder. “This OS is used to operate various robots, including Median, a robot specialized in remote consultations. Our goal is to make robotics accessible to all and a part of everyday life, by addressing two challenges: optimizing machine autonomy and reducing associated costs. To achieve this, computing power is shifted to remote servers, hence the need for high-performance networks.”

There are plenty of possible applications for robotics, provided that we can overcome network issues and the problem of indoor coverage.

A Conscience Robotics robot, such as Median, works by using four aspects of technology:

The Median robot can be theoretically applied to many use cases, including consultations, injury monitoring and postoperative monitoring, among others. “Telemedicine via robots has long been limited to a static facial exchange,” explained Dr. Francis Faroy, Vascular Surgeon at the Saint-Martin private hospital in Caen, “whereas the Conscience Robotics prototype allows us to focus the camera on the areas to be examined. In the future, we can envisage fitting the robot with many different types of equipment, such as a stethoscope or a tongue depressor. There are plenty of possibilities, provided that we can overcome network issues and the problem of indoor coverage. It’s like being able to manufacture Ferraris but only having dirt tracks to run them on.”

Orange’s 3.5 GHz 5G network has been rolled out in Caen since June 2021, but connectivity with a guaranteed quality of service has yet to be proven inside a building such as the Saint-Martin private hospital. The Group joined the experiment a few months ago: “We are looking at what 5G can offer in terms of performance and functionality,” said Hubert Segond, 5G Project Manager at Orange. “5G technology must meet the new demands of private networks: performance, resilience and SLAs, security and confidentiality. While private mobile networks are already a reality with 5G, new hybrid operated industrial solutions will arrive with standalone 5G. The resulting network architecture will make it possible to guarantee data storage within the hospital via the UPF (User Plane Function), by establishing a point of interconnection between the indoor mobile infrastructure and the carrier network.”

The tested solution would therefore meet very strict requirements in terms of security and sovereignty, issues that are under increased scrutiny in view of recent cyberattacks against hospitals. 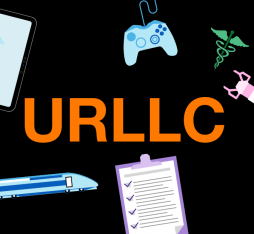 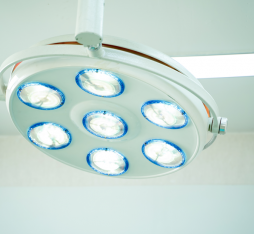