“Researchers wish to go even further, with the development of dynamic and reconfigurable physicalizations that can reflect changes in data in real time.”

Physical representations have existed for millennia. Before the invention of writing, early civilizations used various objects – pebbles, ropes, etc. – to pass on information, stimulate thought, and improve cognitive ability. The most often quoted example is that of the Mesopotamian clay tokens (calculi), used in 4,000 BCE for accounting, and whose shape varied according to the size and quantities of goods. The distinguishing feature of these primitive physical representations is that they could be assembled and reorganized at will.

From the 1970s and 1980s, computing made this handling of data possible once again. Harnessing the abilities of computers and infographics techniques, interactive visualization (which makes it possible to create and modify diagrams with the help of a graphic interface, for example) has progressively emerged as a new means of communicating information and ideas. It turns abstract data into pictures and enables users to interact with these, in order to explore and understand them. These visual representations remain virtual, and handling them requires knowledge of graphic tools. 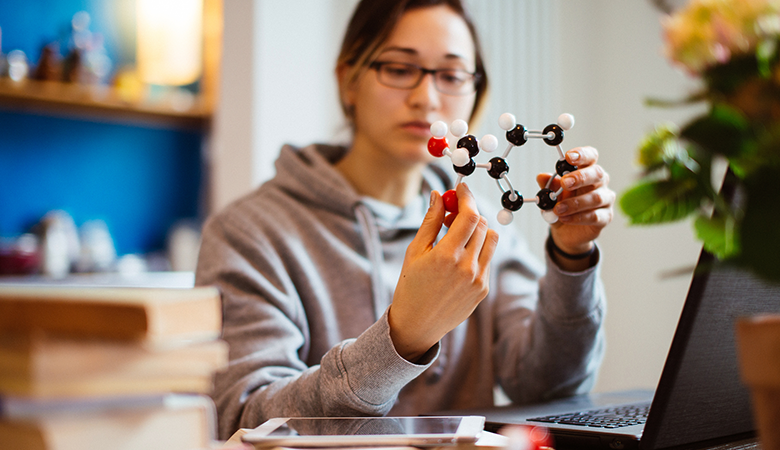 In parallel, there was an increase in physical representations, already widely used by 19th century physicists and in classrooms, for teaching math and chemistry for example.

Biochemists created physical models of proteins; engineers built “physical visualizations” to show electricity consumption over a year or to supervise production chains; and teachers continued to explore the educational and fun potential of tangible objects for learning.

As of the 1990s, artists and designers created static or dynamic “data sculptures” to communicate the meaning, but also the emotions, contained in data. For example, in its “Of All The People In All The World” installation, the English group of artists Stan’s Café uses grains of rice to represent demographic statistics (the population of England, deaths in the Holocaust, etc.), whereby each grain of rice represents one person.

A mixture of bits and atoms

Recent advances in the fields of digital manufacturing, tangible user interfaces (TUI), and shape-changing physical surfaces, are behind the boom in data “physicalization”.

Yvonne Jansen, a researcher at the French National Centre for Scientific Research (CNRS), et al. introduced the term in 2015 in an article entitled “Opportunities and Challenges for Data Physicalization”, using it to describe “a physical artifact whose geometry or material properties encode data”. By extension, it also refers to the process by which these artifacts are produced and, above all, a new research area that offers to examine “how computer-supported, physical representations of data can support cognition, communication, learning, problem solving, and decision making”.

Today, researchers wish to develop dynamic and “reconfigurable” physicalizations that can reflect changes in data in real time and respond to handling commands (filtering, for example). These physicalizations would combine both the synthetic interaction (which uses sensing and computer calculation technologies) that is made possible by numerical displays, and the physical interaction offered by modular material representations, such as those built from play bricks.

This hybridization of virtual and physical elements is at the heart of the Tangible Media Group’s work. This MIT Media Lab research group led by Professor Hiroshi Ishii, a pioneer in the field of tangible user interfaces, is exploring the concept of “Radical Atoms”, a programmable matter technology that couples bits and atoms. According to the project’s web page, “Radical Atoms” is a computationally transformable and reconfigurable material (atoms), that is bidirectionally coupled with an underlying digital model (bits) so that dynamic changes in physical form can be reflected in digital states in real-time, and vice versa. 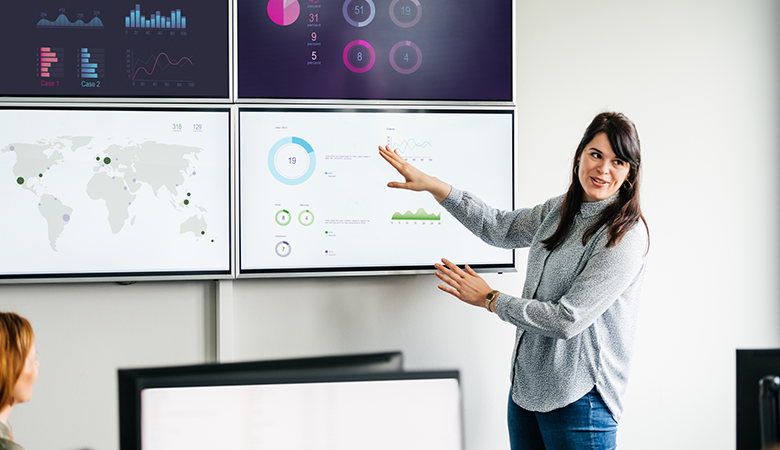 Data visualization aims to stimulate cognitive mechanisms by representing data in such a way that humans can understand it better. In the same way, physicalization aims to help us better seize the meaning of data and to appropriate it by mobilizing several of our senses. According to Yvonne Jansen and her colleagues, it provides interesting perspectives for engaging the public at large and promoting data literacy, that is to read, work with, analyze, and argue with data so as to better assimilate the information that it conveys, and the phenomena or concepts it describes.

The quantity of available data is growing, and its understanding is becoming necessary in order to apprehend – and hope to act on – major contemporary problems, such as climate change or the COVID-19 pandemic. “In a democracy, we need to understand this data in order to make informed decisions,” says Samuel Huron, a Télécom Paris researcher in data visualization and interactive design.

Understanding data by touching it https://imtech.wp.imt.fr/en/2021/06/01/understanding-data-by-touching-it/ 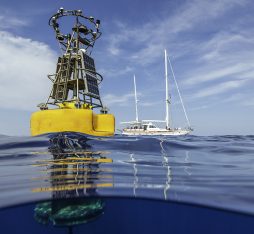 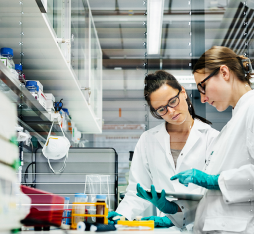 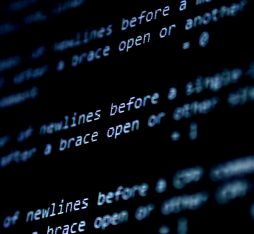 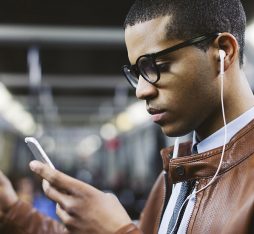