Beyond the interconnection of over 4 billion internet users across the world, the submarine network also caters for around 8,000 billion euros of transactions daily.

Technological evolution of the submarine cable

The history of submarine telecommunication cables starts in the middle of the 19th century. The first transatlantic telegraph cable was laid in 1858 between Valentia Island (Ireland) and Trinity Bay (Newfoundland), and although it only functioned for twenty days, it remained a great achievement. At the same time in France, the Ministry of Posts and Telecommunications created a “Submarine cables” branch, to become Orange Marine in 1999, a 100% Orange Group subsidiary.

Historically, technological improvement of submarine cables took place on the cables themselves. The copper pair cables used for nearly a century were replaced by coaxial cables as of 1956, the year the first transatlantic telephone cable (TAT-1) was laid. These cables made it possible to have several simultaneous telephone circuits, but were in turn to be replaced by fibre optic cables from 1988 (laying of the TAT-8).

“Since the 1990s, technological change has taken place at the terminal equipment level, explains Carine Romanetti, Head of Networks Strategy & Submarine Systems at Orange. The emergence of optical technologies, in particular those of laser, optical amplification, and wavelength-division multiplexing, has facilitated a spectacular increase in the capacity of a submarine cable: from a few hundreds of megabits per second at the end of the 1980s to over 20 terabits per second today.” Thanks to this phenomenal technological change, 99% of intercontinental internet traffic passes through the hundreds of thousands of kilometres of submarine fibre optic cables.

The challenges of laying and repairs

Orange is an industry leader, logging participation in 450,000 km of cables across the globe. “The teams in charge of the investment strategy, steering, deployment, and operation of submarine cables can make an investment either on their own, or within the framework of a consortium where several players co-invest”, highlights Carine Romanetti. Today the industry is undergoing a major change with the arrival on the field of GAFAM, and particularly Google, Facebook, Amazon, and Microsoft. In effect these actors, at the origin of 70% of the increase in global traffic according to Cisco, are playing a more and more important role by investing massively in the deployment of their own infrastructures in order to interconnect their data centres.

Orange Marine, a subsidiary of Orange, which has already laid over 180,000 km of fibre optic cables at the bottom of the oceans, is handling the laying and the maintenance of the cables thanks to a cable-laying fleet consisting of six ships, which represents 15% of the world fleet and is one of the most experienced in the world.

The laying of a cable is carried out in several stages and usually takes a few months. First of all, authorisations must be obtained from all countries concerned in order to make a reconnaissance of the sea beds so as to make detailed maps of the laying area. The cable and the repeaters, placed every 50 to 100 km so as to reprocess and retransmit the signal that deteriorates after a certain distance, are then loaded onboard a cable-laying vessel. After having connected the cable to the ground station of the country of departure, the ship then places the cable on the sea floor right up to the country of arrival. In areas where the cable could be damaged by human activity, a plough digs a trench in which it buries the cables. This operation, called trenching, provides the cable with a certain protection against anchors and trawls. Once the ship’s crossing is completed, the cable is connected to the final telecom station, the network technical building of the country of arrival, and the connection between the domestic network and the international network is made.

Although protected by a hard-wearing sheath and embedded in the most sensitive areas, the cables can be damaged. Causes of failure are numerous: earthquakes, landslides, anchors, fishing nets, etc. When a fault is detected, it is crucial to address it as soon as possible, as it is the international connectivity of one or more countries that can be affected. A repair can take several days, or even several weeks depending on the availability of a maintenance vessel and transit time to get to the repair area. Furthermore, its cost is very high, and can reach one million euros in the worst cases. Additionally, when a cable is deteriorated and the connection cannot be redirected via another route, millions of people are deprived of an internet connection.

“To avoid this scenario, routes are doubled or tripled, it’s what we call securing the traffic, explains Carine Romanetti. Orange is currently leading a project to improve the security of French Guiana, of which 85 to 90% of traffic is to the United States, and which is mainly served by the AMERICAS-II cable, with partial security via a link passing through Suriname. The new Kanawa cable, currently being laid, is 1,700 km long, has two pairs of optical fibres, and a maximum capacity of 10 terabits per second per pair of optical fibres. Commissioning is set for the beginning of 2019.”

Beyond the interconnection of over 4 billion internet users across the world, the submarine network also caters for around 8,000 billion euros of transactions daily. It is therefore easy to understand its geopolitical aspect and why it is sometimes the target of acts of piracy. It should be noted that the legislation governing the division of sea beds amongst the different stakeholders and countries is written by the United Nations.

“The submarine cable network also plays a key role in the digital opening up of Africa, adds Carine Romanetti. Orange was notably at the origin of the Africa Coast to Europe (ACE) cable linking Europe to the west coast of Africa since 2012, and continues to contribute actively to the development of the ACE cable with the commissioning of the final segment to Cape Town in South Africa, planned for mid-2019. To improve the security of its subsidiaries and support the significant growth of traffic on this route, Orange is continuing its strategic investments in the area and has established a partnership with MainOne, which provides for the acquisition of capacity and the construction of two new branches to Dakar (Senegal) and Abidjan (Côte d’Ivoire) by mid-2019 on the over 7,000-km-long cable linking Portugal to Nigeria.”

Submarine cables, with their strategic positioning at the bottom of the oceans, could soon have new uses. In effect, the International Telecommunication Union is coordinating, with some one hundred partners, an initiative aimed at setting up sensors on the submarine cables so as to measure in real time the aspects of climate change linked to the circulation of the oceans. Giuseppe Marra of the National Physical Laboratory in the United Kingdom suggests, for his part, to use them as seismographs, which could notably help to improve tsunami detection.

Other uses will no doubt be discovered in the years to come because for sure, with a 35% increase in data traffic per year, submarine cables will remain essential communication networks. 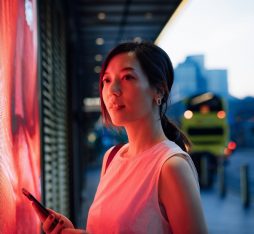 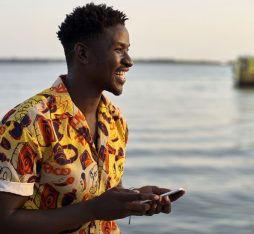 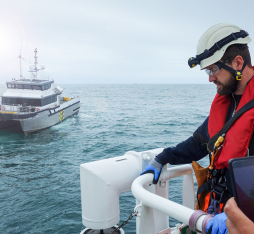