Share on Twitter : OS and connected objects: ever-changing ecosystems (New window) Share on Linkedin : OS and connected objects: ever-changing ecosystems (New window)
Connected objects are playing an ever-increasing role in our daily lives, and are developing as fast as the number of new uses found for them. This universe encompasses a wide range of products, technologies and players. From virtual reality headsets to connected headphones and smart TVs, the range of objects is vast and is evolving at high speed. What are the consequences? Ecosystems are emerging to optimise and enrich the user experience.

Anticipate, in a changing ecosystem, in order to provide services that are relevant and consistent with consumers’ uses of connected objects.

Despite being in full swing, the market for connected objects is still young. It is not as easy to read and understand as more mature markets such as that of the smartphone. Uses and objects appear quickly and can disappear just as quickly.

The figures and forecasts are more certain: in 2020, two billion connected objects will be sold globally, representing an overall revenue of €250 billion. The annual growth of the European market is expected to reach a level of between 5% and 10%. Three main universes stand out in a constellation that has exploded into several dozen types of objects: Wearables, which includes smart watches; Home Entertainment, which includes games consoles; and finally the Smart Home segment. This includes the smart speakers product line, which is booming with an annual growth rate of 100%.

In this environment, the mission of an operator like Orange is to anticipate market movements in order to offer products that are relevant and consistent with customer usage. This is far from simple, given the versatility of trends: two years ago, virtual reality headsets were at the top of everyone’s wish lists, but consumer appetite for them waned in 2018 and 2019, and manufacturers have withdrawn from this market.

This forecasting work is not done alone. Orange operates in ecosystems which involve several areas of expertise and multiple players. Many of them were on the starting line when connected objects began to emerge, but in recent years have regrouped in a significant consolidation movement. Reference ecosystems, derived from Operating Systems (OSs) and their designers, are emerging. This involves Apple in particular, the hitherto undisputed world leader in smart watches with its watchOS – to the point that Apple is now the world’s leading watchmaker, including companies that make traditional watches. For its part, Samsung has installed its Tizen OS (operating system) not only on smart watches but also on smart TVs, ‑ a market shared with LG’s WebOS and Google’s Android TV. With Wear OS, Google also nurtures strong ambitions for the smart watches market; it occupies 13% of the market today but hopes to increase this share in the future through partnerships with traditional manufacturers and following the recent $2B takeover of Fitbit.

Orange: an integrated and active partner

Orange plays a major role at the heart of these ecosystems. As a leading partner of object manufacturers, OS designers, service developers, etc., the Group shares its know-how on several key issues. “In particular, we act as a distributor”, begins Fabien Dallot, Director of Connected Objects Portfolio within the Customer Equipment and Partnerships division. “Based on our network of shops and our expertise, we select and bring the best connected objects to our customers, from all the different OSs. As these are likely to enhance the strength of our networks and make the best use of them in terms of user experience, these products are packaged with our connectivity offers, such as a games console bundle that comes with an Orange Fibre package, by Orange Spain. Furthermore, we form partnerships with OS designers to integrate a layer of Orange services into the objects, as we did with Samsung in Spain to natively embed Orange TV into their smart TVs in a customised way”.

Orange engages into co-innovation partnerships with the main ecosystems of the connected objects market. The example of 4G smart watches clearly illustrates the potential for co-innovation. While smart watches were previously connected to Bluetooth and required users to have their smartphone to make calls, Orange has developed SIM card integration devices (eSIM enablers) in order to break free of this barrier. Watches now have embedded 4G connectivity and users can benefit from new features, including the ability to make calls without their phone. This enriched eSIM experience is already available on smart watches using watchOS (Apple) and Tizen (Samsung).

Orange is recognised as a leading operator in the world of connected objects and positions itself as a reference partner in its core business, connectivity. This position will double in strength in the future when 5G becomes available, which will inevitably be associated with smart watches, smart TVS, virtual reality headsets, etc., as well as emerging categories of objects, such as Pico Projectors.

The future is therefore written in 5G but under the banner of responsibility. Orange is focussing its cooperation and research efforts on developing eco-efficient objects that are adapted to the needs of vulnerable population groups – dependent elderly people, people with disabilities, etc. 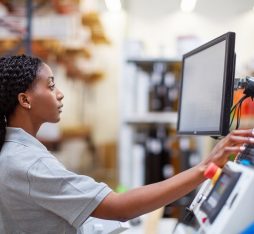 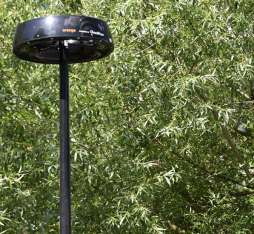 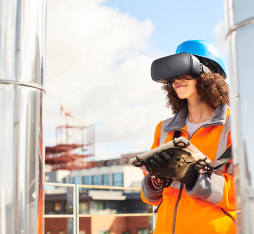 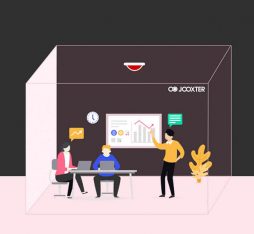