Traditionally, setting up an IT environment requires the installation of distinct components: servers to run specific applications, data storage systems, and networking switches. This is known as a “three-tier architecture.”

A hyperconverged infrastructure combines and virtualizes these different physical components into one unified system.

It forms clusters of nodes, meaning a group of IT resources that act as a single system. It is usually made up of a hypervisor – software that enables the running of virtual machines on standard x86 servers -, as well as software-defined storage and networking systems. The whole system is managed from a single interface.

Such an architecture makes it possible to reduce the complexity linked to the design and management of average-sized data centers, as well as their physical footprint and their cost.
It also increases the IT system’s agility and scalability. It becomes easier to rapidly evolve them with the progressive addition of new nodes – i.e., by extending their computing, storage, and networking resources according to user requirements.

Consequently, one of the promises of hyperconvergence is to provide the advantages of a cloud system to an onsite data center: simplicity, flexibility, and performance. 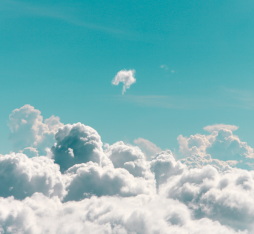 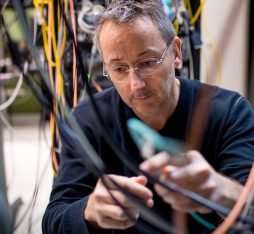