In 2016, Google published an edifying figure: 20% of its mobile search engine queries came from its voice assistant known as Google Assistant; a percentage that rose to 25% amongst the new Millennial Generation. Over at Apple’s, for the same time period, we learned that Siri had surpassed the order of a billion search queries… per week. As for Amazon, its assistant, Echo, is thought to have already secured its place in about 9% of the American households.
And that’s not the end of it: “Within the next five to ten years, between 30 and 50% of the uses could be vocal,” says Patrick Constant, co-founder of the search engine Qwant and founding president of Pertimm.

“The most natural interaction involves using the voice”

This increase in the use of vocal assistants is explained by the advances in technology as well as, in a very straightforward manner, the evolution of uses. “Thanks to the maturity of voice to text technologies, which help to translate the voice request into text, we are beginning to acknowledge certain things,” says Patrick Constant. “In addition, we are gently moving away from the use of keyboards, mice, etc., because we realize that it is still more complicated to type “I want a red dress at € 30” than just saying it aloud. The third reason is that the advent of the Internet of things causes the human being to interact more naturally with these objects. And the most natural interaction involves using the voice, still. ”
As such, and because the smartphone is always within reach, it is much more convenient to use voice assistants to ask for, command, or even control things remotely. This is, of course, provided that the said assistants are working properly. This is where the language specialists come in.

Dozens of specialists at GAFA

How do language specialists work to improve voice assistant services? And who are these “language specialists”? “Many linguists and phoneticians have switched to the vocal assistant industry, but it also concerns those who are interested in different translation techniques,” explains Jean-Gabriel Ganascia, an expert in artificial intelligence and a professor at the University Pierre and Marie Curie (Paris VI). For example, phonology specialists try to understand what a word, phrase, etc. is. Others, still, are devoted to automatic language processing.”
And obviously, there is enough work to occupy “several dozen persons”, according to Patrick Constant, at the GAFA (Google, Amazon, Facebook, Apple) as well as within Microsoft. It is, he continues, that “language has this peculiarity of being infinite in terms of possible expressions – the same way uses and queries are infinite.”

Voice to text (the capture of a language on which linguists work from a phonological point of view), deep learning (for example, learning to recognize the precise spelling of a pronounced word), or parsing (a technique that consists in cutting out words and then figuring out what they mean – where is the verb, where is the action, where is the object, what is the exact query?) are among the steps towards perfecting vocal assistants’ understanding in the face of user expectations.

“When someone says: ‘I want to book a plane for tonight for Nice’, the artificial intelligence must understand what the expression ‘I want to book’ means, that the mode of transport is a plane and not a train or a car, take note of the date ‘for tonight’ and the place ‘Nice’. And again, the artificial intelligence does not yet know where the requesting person is. There is a whole semantic understanding undertaken before sending the request,” says Patrick Constant.
He adds: “99.9% of artificial language intelligence systems work with tasks required to be performed according to very precise guidelines; in a certain way, they are “parrots”. All that man can mechanize will end up in an artificial intelligence. Yet, language is a precision mechanism; we will therefore go much further than we can imagine on this particular subject.”And for that, the knowledge of linguists, phoneticians, translators and other lexicologists is once again essential. 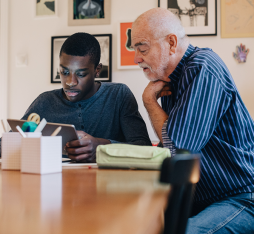 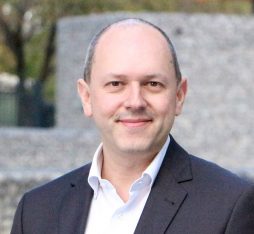