Ecodesign has been around for several years. So far, it has focused on digital hardware infrastructure. Orange started taking this approach more than a decade ago. It is applied to the data centers, Liveboxes and more generally to the brand’s products.

From Hardware to Software

The initial focus on digital hardware makes sense, as this is what physically has the biggest environmental impact. Manufacturing hardware requires the use of resources, using it means energy consumption and when it reaches the end of its life there is the matter of recycling and refurbishing it. However, this hardware only exists to allow digital services and associated software to run. The focus for reducing environmental impact now needs to shift to this software.

Reducing the service’s environmental footprint by limiting the hardware resources needed and ensuring that we only develop the key functionalities.

To operate, services must send and request information to and from hardware, data centers, servers and terminals. It does this to differing degrees according to its design. Ecodesign approaches for digital services, which have emerged and gained traction in recent years, aim to reduce the resources and energy that apps, AI, websites and more require throughout their lifecycle. In particular, this means optimizing application code, as well as technical architecture, continuous integration processes and production rollouts.

From Research to Real-Life

The subject has been a research priority at Orange this year. The Group contributes to various French programs. Among them, the Distiller project, which is supported by the French National Research Agency (ANR) and run in partnership with the French National Institute for Research in Digital Science and Technology (INRIA), OVHcloud and Davidson Consulting. This project aims to develop recommendations for designing simple and sustainable cloud applications.

A Center of Excellence has also been created within Orange to bring together know-how and skills within the field, and to work toward developing and generalizing approaches to the ecodesign of digital services.

“We are moving forward on several projects,” explain Pierre Rust, Software Architect, and Maria-José Presso, Software Developer, both responsible for the Software Ecodesign Center of Excellence. “We are preparing a set of recommendations on software ecodesign for backend software, frontend/web software and mobile apps. Over the past year, we have also trained more than 200 people at Orange on this subject and have conducted awareness-raising sessions with the relevant internal business areas. The first eco-designed service projects have begun to grow. We have also developed one of the first software projects to have used ecodesign principles from its very beginning: a CO2 emissions calculator for Orange products and services designed for companies. In this way, we are ensuring that we only develop the key functionalities and that these functionalities are implemented in the simplest way possible.”

Reducing the Resources and Energy Used

In general, ecodesign for digital services has two purposes. The first is to avoid the service’s “software bloat” by limiting the amount of hardware resources needed to deliver it, so that using the service does not require too much server involvement and, in the long-term, reduces the frequency with which the client will need to renew their equipment. The second is to then reduce the amount of energy required for data centers, networks and user terminals, which avoids, for example, over-draining of cellphone batteries and the subsequent need to replace cellphones prematurely.

One of the key concrete actions involved in striving toward these aims is to work on services’ software architecture, focusing for example on technical solutions that allow greater resource pooling. User interfaces also require attention: developing more energy-efficient websites by avoiding autoplay for videos or even by offering a written transcription rather than embedding a video, because videos are very resource heavy. This does not only help the environment, but also has benefits in terms of indexation and accessibility: ecodesign for digital services has multiple advantages. The hardware infrastructure is used less and user satisfaction is greater due to the site loading faster. At the same time, associated hosting costs at data centers are reduced.

People have united on the ecodesign of digital services, not only at Orange, but throughout the entire responsible digital ecosystem. The stakes are even higher, as in the future it could become part of consumers’ selection criteria, just like the Eco Rating label for mobile devices. It also has a regulatory dimension, as it is hugely significant under the French law passed at the end of 2021 on reducing digital technology’s environmental footprint (REEN law), in particular due to the establishment of a general framework for the ecodesign of digital services. 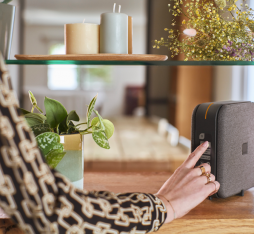 Livebox 6 and Wi-Fi 6E: Reap All the Rewards of Very High Speed Broadband in the Comfort of Your Own Home 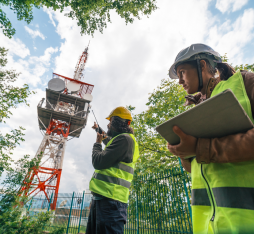