Connecting Drones to 4G/5G: What Are the Research Challenges?

Aerial drones have become an essential tool for many companies wanting to inspect infrastructure, monitor an industrial site or create 3D models. But the connectivity services that are available today present serious operational constraints, thus limiting the growth of this new market.

Currently, drone missions that are requested by end users are not typically integrated into their business and operational processes. The data collected must often be transferred manually to the Information System (IS) to be analyzed, which sometimes results in a delay of several days between a drone flight and receiving confirmation that it was successfully completed.

Automating drone missions could transform how we work and lead to considerable time savings and enhanced productivity. This means automate occasional drone missions or routine flights planning, drone takes-off from a vertiport without human intervention, data collection and analysis in (near-)real time using artificial intelligence algorithms, as well as decision making. As an example, let’s take a drone carrying out a surveillance mission in a port and transmitting HD video streams. If an intrusion or anomaly is detected, an alert is activated at the control center and a pilot remotely takes control of the drone to resolve any issues. If necessary, a security team is dispatched to the site.

However, the limited coverage range of technologies used today to establish a (direct) link between the pilot and their drone, in addition to it being necessary to have a human pilot in the immediate vicinity of the drone, shuts the door to many possibilities. Imagine having to inspect several tens of thousands of kilometers of high-voltage power lines with a pilot following the drone at a distance of less than 300 meters! Authorizing “BVLoS” (Beyond Visual Line of Sight) flights would allow a drone to be flown remotely from a control center.

Automating missions and BVLoS flights requires an end-to-end connectivity service using network infrastructure. This connection runs between the drone and the end-user’s IS, as well as between the drone and its (potentially remote) pilot. Therefore, connecting drones in 4G/5G can be seen as essential for the emergence of new market opportunities. But how is it so different from the services offered for other business sectors, such as healthcare, transportation, energy or Industry 4.0?

Signal Quality As Good on the Ground As It Is in the Air?

For a drone, the link between UE (User Equipment) and a base station has few similarities to that of terrestrial UE, such as smartphones. This is primarily because airspace is a new radio environment. When in the air, a drone is no longer affected by attenuation resulting from trees or buildings and “sees” almost everything, including base stations or smartphones, sometimes as far as several tens of kilometers away. However, networks are primarily designed for terrestrial use and antennas are tilted down toward the ground. Based on this logic, some theoretical, simulation-based studies have predicted a very unstable connection when in the air. This means that a drone would potentially not be covered by an antennas’ main lobe, but instead by the sidelobes, or that it would be connected to very distant base stations, resulting in a sharp increase in the number of handovers throughout its flight. However, our first experiments have shown that, contrary to this, performance is much better at higher altitudes, even without changing the existing ground infrastructure. But we can’t draw a conclusion just yet. 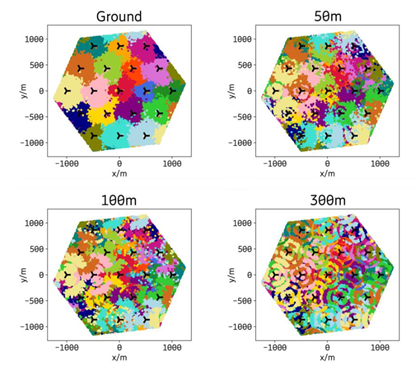 Research prospects: This difference in results calls for more data to be collected to assess actual aerial performance and raises many other questions. Which network configurations allow drones to perform adequately? Which network configurations require cellular coverage to be extended or alternative connectivity (cellular or satellite) to be implemented? What do the standard classifications of urban, rural or semi-urban environments mean for a drone at an altitude of 120 meters? How can we adapt the radio propagation models that we have? At Orange Innovation, we are beginning to investigate these challenges. 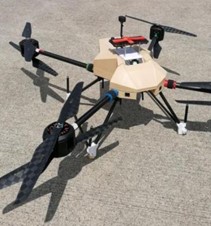 Figure: 2 Connectivity measures during Demo Day [2], in partnership with AERACCESS

Does a Mobile Network Operator Have Any Particular Commitments?

Since drone data flows are mostly uplink (data is passed from drone to Internet), a drone is likely to generate more interference than terrestrial UE. But its altitude also has an impact on these interference patterns. While it is necessary to provide adequate connectivity to safely integrate drones into airspace, it is also essential for a mobile network operator to integrate drones into terrestrial space. This includes ensuring that drones will not impact the performance of terrestrial services that use the same frequency bands, such as smartphones, or adjacent frequencies, such as radio astronomy, some satellite services (FSS-ES — fixed satellite service earth stations), military radars or weather stations.

With this in mind, spectrum regulatory authorities and associated bodies (including ANFR, ARCEP and ECC-CEPT) have issued new recommendations on using the cellular spectrum in the air. In particular, new out-of-band emission limits that differ from the limits applied to terrestrial UEs have been proposed for drones and the concept of a “no-transmit zone” has been defined, echoing the “no-fly zones” defined by aviation authorities. These are airspaces where certain frequency bands have restricted usage, depending on a drone’s altitude. For example, a “no-transmit zone” is recommended [2] around radio astronomy stations for a drone flying at an altitude of 30 meters or more and using the 700 MHz band. More studies are required for the 3.5 GHz band and ECC have postponed their decision. Current recommendations are proving complicated to implement.

Research prospects: These restrictions, applying to both drone manufacturers and mobile network operators, present new research challenges. Which new mechanisms should be developed to enforce these “no-transmit zones”? How can a network operator track the position and altitude of a drone so that it can be aware of prohibited frequency bands? How can we ensure dynamic resource management and select appropriate frequency bands? How can a drone be distinguished from a land-based user, allowing for these measures to be applied in a targeted way? But also, in a more general sense, how can we account for non-cooperative drones, that are not identified as aerial UEs with specific restrictions but that can impact terrestrial UEs as well?

What Is the Specific Role of Network Operators in the Drone Ecosystem?

Inspection or surveillance drones are equipped with cameras or sensors that can generate a significant amount of data. Ensuring connectivity to transmit this data, known as the “payload,” is essential but this is only the tip of the iceberg!

Indeed, the increasingly widespread use of drones and the increasing number of requests for BVLoS flights have prompted aviation authorities to consider new regulations. These should gradually come into force from 2023. Every drone that exceeds a certain weight and/or poses operational risks (e.g. flying over a populated area) will have to continuously transmit a complete set of flight data, known as “non-payload.” This includes its identification, position, telemetry, etc. to its pilot (human or machine, remote or not) and to a digital air traffic management platform. In particular, this management system, called U-Space, will allow several drone operators to share the same airspace in complete safety.

As a result, even a fully autonomous delivery drone with a pre-programmed flight path will need some level of connectivity during its flight. This “non-payload” data generally has a very low throughput, in the range of kilobits per second (or megabits per second if it includes a low-quality video for remote manual control). However, there are significant availability requirements. Depending on the flight conditions, even disconnecting for few seconds or minutes can result in the emergency procedure being triggered (opening a parachute or returning to base) in the best-case scenario. The worst-case scenario is the drone crashing or getting lost. Some future high-risk scenarios, such as taxi drones, will likely present much more stringent requirements, potentially even with URLLC (ultra-reliable low latency communications).

Such missions will most certainly require appropriate connectivity services for this non-payload data in order to obtain flight authorizations. Simply put: without such connectivity, the drone will remain grounded. As a result, a mobile network operator’s role goes well beyond traditional models. The services it can offer are well and truly one of the keys to the drone market growing.

With this in mind, many players in the drone ecosystem have called for the rollout of a system that minimizes the risk of disconnection. When planning the flight, such a system would aim to predict the drone’s network coverage and to quantify it in real time during its mission. The first projects were based on simply assessing radio signal quality (primarily via RSRP), but this provided little information on the end-to-end quality of experience for the drone control (whether manual or automatic) and was still not in line with operational demands. So, what does “being covered” mean in terms of minimizing airborne risks?

Research prospects: As discussed above, assessing the actual service quality in airspace is crucial. However, this is not enough to develop a concept of coverage that has practical and operational meaning for drone users and aviation authorities. Connecting the drone and its pilot is one thing, but developing end-to-end connectivity services that support air traffic management offers much broader opportunities. Operators have a tremendous amount of data that can benefit drone operators and aviation authorities. For example, isn’t a high number of users connected to a base station also an indicator of a higher population density and therefore a greater risk from an aviation perspective? This would involve sorting, evaluating and “translating” the network performance indicators that provide value for drone use. Finding the answers to these questions requires active cooperation between the telecommunications and aviation ecosystems.

There are already some technological challenges, including identifying these key performance indicators and rolling out a system to predict and monitor a drone’s connectivity throughout its flight. The full capabilities of artificial intelligence algorithms are needed here.

But such a system is also a challenge in terms of digital sovereignty. This is an issue involving data that is often strategic and confidential, such as drones or end-client identification, flight plans, network configurations or the traffic load at the time of  flight. Assessing whether a drone will have good coverage and therefore deciding whether its mission can be authorized or not, could involve exchanging some of this data between third-party stakeholders, regardless of whether they are partners or competitors. To develop the general architecture needed to allow such exchanges, several national and international working groups have been established in association with telecommunications and aviation standardization organizations. In short, this is much more than radio engineering!

4G/5G drone missions are now an essential component for many areas of industry, healthcare, smart cities and agriculture. Although automating drones and integrating them into other operations is similar in some ways to mobile network operators developing other 4G/5G services, the aerial connectivity of drones offers totally new research opportunities. The main objective is to assess how networks that were initially designed for terrestrial use perform at altitude and to understand the extent to which, and under what conditions, they can integrate these new aerial uses. This know-how will enable us to make informed decisions on which scenarios to focus on, the services to develop and, in general, the strategy to adopt to allow us to tap into this promising new market. If we do not participate in the current regulations or discuss what can or cannot be achieved (both from a technical and business point of view), we would risk our ability to respond to this future market.

– Aerial Connectivity Joint Activity (ACJA): this initiative by the GSMA (Global System for Mobile Communications Association) and GUTMA (Global Unmanned Traffic Management Association) aims to facilitate cooperation between the aviation and mobile phone industries and to synchronize standardization efforts in each of these communities to avoid any incompatibilities.  https://www.gsma.com/iot/aerial-connectivity-joint-activity/

– ECC decision and public consultation on using the cellular spectrum for drones: https://cept.org/ecc/tools-and-services/ecc-consultation 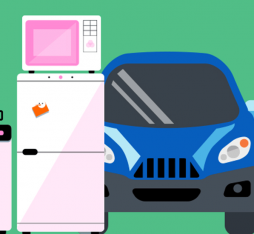