Analysis and tips on curbing the build-up of electronic waste

Over 50 million tonnes. The equivalent of 5300 Eiffel Towers. This, according to a United Nations report, is the amount of electronic waste that was added to the existing volume globally in 2019, and it is expected to grow at an even faster pace over the coming years. According to one estimate, by 2030, humanity will throw away 74 million tonnes of electronic items every year. Today, “only 20% of discarded phones are refurbished and recycled to be used again. Most of them are in your drawers or have been thrown away. This is a huge waste,” lamented one European Commission adviser discussing the subject at the EuroDIG 2020 conference.

While the environmental impact of digital technology has become a matter of public interest, discussions have focused on data usage, in particular video streaming. But it is not data centres that are having the greatest impact on the planet. According to a 2019 report published by the specialist site GreenIT.fr, electronic devices are the main source of the impact from new technology. “Their manufacturing systematically concentrates the most impact with 30% of the global energy balance [of digital technology], 39% of the GHG emissions, 74% of the water consumption and 76% of the contribution to the depletion of abiotic resources [ores, rare metals].”

280 grams of gold per tonne of electronic waste

Electronic waste poses specific recycling problems: “This is a more problematic issue. We are faced with the fact that some of the metals used are not recyclable — we can only recycle up to 1% of around ten of them,” explains Bela Loto, director of Maison de l’Informatique Responsable. According to the UN, more than 69 elements from the periodic table can be used in electronic objects, including many precious metals (gold, silver, copper, platinum, palladium and iridium) and critical raw materials (cobalt, palladium, indium and germanium). This poses enormous challenges for recycling: “the recovery of certain materials such as germanium and indium is difficult because of their sparse use in products, especially since these are neither designed nor assembled with the issue of recycling in mind,” the UN report notes. By contrast, other precious metals, like gold, can make recycling economically viable — there are generally 280 grams of gold per tonne of electronic waste.

The issue of recycling and reprocessing electronic objects is made even more complex by the growth of illegal export networks. “It is estimated that 70% of what is thrown away ends up in the electronic waste bins of the world (Ghana, Nigeria, Benin, etc.),” laments Bela Loto. “Such a disaster is possible because a real mafia of electronic waste has been established. Unfortunately, the waste sites are not adequately monitored. People are also acting irresponsibly, leaving their computers on the street — even bulky items. Before the bulky items go, computers will often already be gone or will have been taken apart for useful parts.” However, exporting electronic items has been prohibited since the Basel Convention came into force in 1992.

A “digital passport” for electronic objects

Europe is the worst performer, at the top of the world ranking in terms of electronic waste, with an annual amount of 16.2 kg per capita. Aware of these issues, the European Commission has created an action plan to promote a circular economy. This initiative, planned for 2022, specifically aims to lengthen the life of electronic products by introducing the right to have them repaired. The Commission also wants to set up a “digital passport”, which will indicate the origin, carbon footprint and repairability of each electronic item. On average, Europeans change their smartphones every 21 months, according to the European Commission. An increase in the time they are used for would have notable consequences. An analysis by the European Environment Bureau, a Brussels NGO, estimates that a mere one-year extension in the lifespan of smartphones in the European Union would be equivalent to taking one million cars off the roads!

In France, according to an Ademe study, people only attempt to repair 40% of electrical and electronic products that malfunction. In other words, 60% of objects that no longer work end up being thrown away immediately… In January 2020, the French government passed a law against waste and in favour of the circular economy. From 1 January 2021, a new logo will appear on the packaging of smartphones and laptops — the repairability index. This index, a number between 0 and 10, will be calculated on the basis of several criteria. These include the ease of disassembly, the availability of repair documentation, the price and the availability of replacement parts. Another measure has been announced. From 2021, manufacturers will need to indicate how long computers and smartphones will support software updates. These updates are a common reason for upgrading devices because they can slow them down or make them obsolete, says the French government.

“We will only make progress on this issue if governments, businesses, and citizens all make an effort,” says Bela Loto. On the industry side, innovative approaches are emerging. The Dutch brand Fairphone has set itself the challenge of producing smartphones that are durable and ethical. The company has established ethical supply channels for eight metals used in their manufacturing process, including gold, cobalt, tungsten, neodymium and copper. The Fairphone 3, marketed by Orange, also promises to be simpler and cheaper to repair than other smartphones. Parts availability is guaranteed by the manufacturer for 5 years.

The success of this sustainable brand depends largely on consumers being aware of the problem. “People are not sufficiently well informed about these issues”, Bola Loto deplores. “Not watching a Netflix show one night for environmental reasons is fine, but if you don’t think about the life of the computer or smartphone you are watching on, it is of little consequence. Businesses share the same lack of awareness about the problem — only a quarter of companies are familiar with the regulations concerning electronic waste. There is significant room for improvement.” 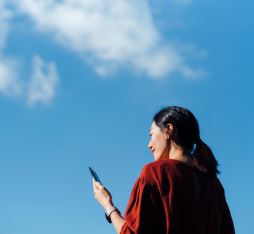 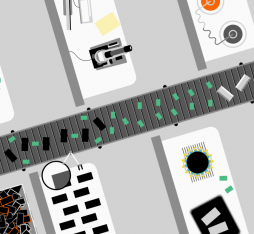 At the Tokyo Olympic Games, the rush for Gold will come from… recycling smartphones