As a carrier that strives to give its customers the best possible service, Orange invests heavily in network equipment and is involved in what feels like a never-ending technology race. So far, network manufacturers have tended to turn to new products on the market — much as people do when they want to replace their smartphones. But cultural shifts can and do occur, and there’s one taking place right now within the Group’s core business. Indeed, the circular economy is already a reality in certain business lines, thanks to the in-store collection of cell phones in particular.

This is the spirit behind OSCAR, a huge, transformative program to shrink the environmental footprint of network equipment. Its goal is to encourage teams to buy refurbished hardware wherever possible, rather than automatically going for brand-new equipment. “We have to realize that this kind of equipment is one of the major culprits behind Scope 3 (1) greenhouse gases,” says Thierry Barba, Director of Ecosystem Development at Orange Innovation. “Network equipment is responsible for 30% of our Scope 3 emissions. Our goal is to reduce those emissions by 14% between 2018 and 2025. Network equipment is a brilliant place to start reducing emissions, given that refurbished devices have less of an impact than new ones.”

At its speech at Mobile World Congress 2022, Orange will present the results of a study conducted by internal experts as concrete evidence on this point. The basic premise is a map of network equipment, made in Asia and shipped to France for use. If we assign this reference equipment a figure of 100 (2) for energy efficiency, the same equipment in refurbished form will have a figure of 90. The gains are even more impressive when it comes to the footprint of its raw materials, since the refurbished hardware will achieve a figure of 55 (compared to 100 for the new devices). These differentials, especially in terms of energy, might look small, but they need to be understood in terms of scale — we’re talking about tens of thousands of pieces of equipment. Since this internal program was launched it has reaped financial as well as environmental benefits, with refurbished equipment saving, on average, 67% compared to new.

The Group has set up an internal organization specifically to support and spread the message of this little revolution. “We’ve set up a marketplace where availability and equipment requests can be seen in all 26 of Orange’s countries,” explains Bernardo Scammaca, Director of Supplier Performance. But we must also influence the people on the front line—buyers, technicians and engineers—to build their trust in refurbished equipment. Experience shows that refurbished equipment is incredibly reliable.”

This need to create a circular culture goes beyond the company’s borders, to suppliers and other telecom players. In October 2021, Orange signed a first agreement with Nokia, under which the manufacturer agreed to increase the share of refurbished equipment in its RAN product offering. The Group has made agreements on this front with 20 carriers in the GSMA. At MWC, they will all be publishing a joint white paper, with nine recommendations for bringing infrastructure networks in line with circular economy principles.

(1) Scopes 1 and 2 include greenhouse gases emitted directly or through the purchase of energy by a company; Scope 3 includes indirect emissions (purchase of services and products, etc.). 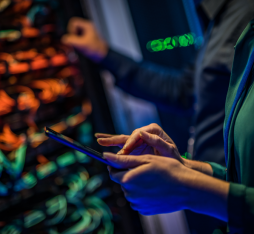 Padus Lab: Bolstering the Energy Efficiency of the Networks of the Future 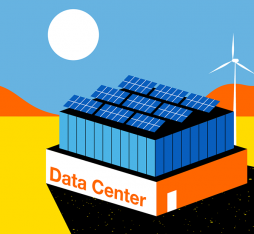 Mapping networks and critical materials to advance the circular economy 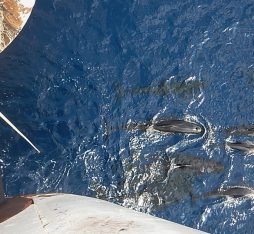