If 10% of the messages sent contain an intention, that means there are 15 billion messages worldwide every day that could be turned into actions.

More specifically, Biggerpan specializes in artificial intelligence that can enhance the user experience on mobiles through the implementation of automated language processing techniques. Before achieving this objective as it is stands today—and developing the underlying technologies that support it—the Franco-American company, which has offices in San Francisco and Paris, explored various playgrounds.

“We examined various use cases,” explains Eric Poindessault, co-founder and CEO of the start-up. In Internet browsers, for example, we analysed the text of media articles with the aim of predicting—in real time—what the user would do next based on what they are currently reading. We started by focusing on messaging—instant and SMS—where the difficulty level is increased because the language processing covers only a short text. For the past three years, we have been working on understanding language, using various techniques that have enabled us to identify some 40 intentions, and then to link them to suggested actions.” The challenge here is to optimize and streamline the user experience, so that users no longer have to switch between different apps. And the market is huge, if we consider that 10% of messages sent contain an intention, which equates to 15 billion messages worldwide every day that could be monetized. 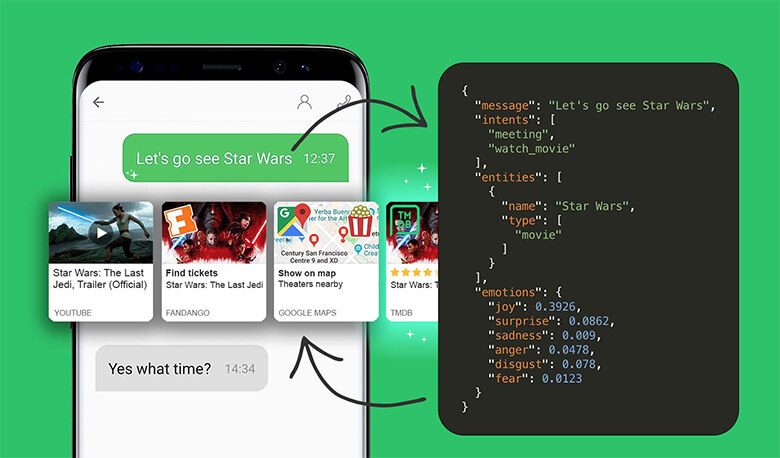 But how can we detect intent, understand it and make a relevant recommendation? Biggerpan exploits the field of automated language processing from every possible angle, through the application of proprietary technologies. The start-up has, for example, developed a data generation model which it used to produce 60 million synthetic phrases that will go on to train predictive models via deep learning. These can then identify the intention and are linked to a “detector” of named entities, based on a keyword processor and an extensive knowledge base comprising 5 million street names, 200,000 cities, tens of thousands of movies, etc. A “disambiguation” function completes the work by taking into account various factors, such as semantic contexts, syntax or geolocation. The Magic Cards predictive platform, offered as a SDK to developers, then takes up the baton to deliver actions consistent with the intentions. Biggerpan receives a commission each time the suggested action is converted, and several affiliation agreements have been signed with major service providers such as Amazon, Uber, Rakuten and others.

Important note: the services designed by the company comply with the data protection regulations and do not collect any personal information, simply because they do not need it.

An API and an app

Currently, Biggerpan offers its service via an initial version distributed in English. The technology is made available to customers and partners in the form of an API in SaaS mode, on the Microsoft marketplace. It has also been rolled out as a consumer SMS platform, Magic Chat, available on the Google Play Store. “Magic Chat is, in a way, our testing ground and our showroom, through which we collect valuable data. We know, for example, that in 12% of cases, the user clicks when they are offered an appropriate action that is consistent with their intention—a significant accomplishment that highlights the appetite and commitment found among users.”

Visitors to the Viva Technology event will have the opportunity to tap into Biggerpan’s technological expertise. And while it is currently focused on mobile messaging, it is likely to expand to new horizons, such as calendar apps. And why not expand it further to the world of voice assistants, which could themselves also become predictive? Watch this space… 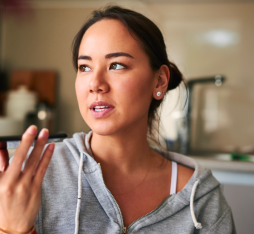 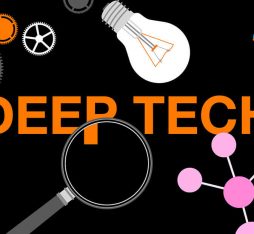