At the end of 2019, the Connected Home over IP (CHIP) working group was set up under the umbrella of the Zigbee Alliance, bringing together major players in services (GAFA), distribution (Amazon, IKEA and others) and manufacturers of connected devices (including Samsung, Legrand and Somfy).

The project aims to develop a unified and open standard to increase the interoperability of connected household objects, with third-party services and also the means by which they are controlled (i.e. voice control, smartphone, rule engine and so on). For consumers, the promise is to be able to buy any object and easily connect it within the home, without any compatibility issues. Ultimately, it’s about achieving a full and optimal smart home experience that’s secure and accessible.

While many service and hardware players gravitate within or orbit the CHIP project, carriers have so far had limited representation. By recently making its membership official, Orange has joined this movement, contributing its expertise and role in the field of Home LAN services, which operate through boxes that are part of household IoT solutions in the countries concerned (France and Spain, for example). “The purpose of the CHIP group is to agree on a common application layer, a ‘lingua franca’ for the consumer IoT”, said Marianne Mohali, IoT Standardisation Manager, and François-Gaël Ottogalli, CTIO IoT B2C at Orange. Through this project, the Zigbee Alliance hosts the whole process of specification, developing tests and certifying the new CHIP solution. By doing so, it is establishing the necessary conditions for the mass adoption of a new protocol by all those involved in the ecosystem.”

At the same time, Orange has announced that it has joined the Thread Group, named after the communication protocol, which was originally developed by Google Nest. There is a good synergy between the work of the Zigbee Alliance and the work of the Thread Group, with the CHIP working group initially ensuring compatibility with wireless communication standards such as Wi-Fi and Thread. “The Thread protocol meets the needs defined by CHIP, which requires exposure through the IPv6 protocol (Internet Protocol version 6), offering the possibility of operating related objects and services from the local area network (LAN) as well as from outside the home via the Internet. Being able to control home networks remotely is an essential and pivotal need for the Home LAN services we develop.”

In addition to IPv6 compatibility, Thread has other advantages that make it a key complementary component in combination with the future CHIP universal application layer. This radio protocol is characterised by a high level of security and reliability, as well as its low-power profile that extends the life of battery-powered objects. It is also a mesh communication protocol, allowing a Thread node to communicate with its neighbours by routing to another remote destination node. “From a user perspective, for example, this means that a flood sensor in a cellar will be able to communicate with the box located on the 1st floor of the home, by routing through another object/node such as a bell connected to the ground floor, which is not possible with traditional Wi-Fi or Bluetooth.” The ambition of universality that the CHIP project is aiming for leads to consumers having a broader and more simple connected home, with the fewest possible restrictions related to implementing the underlying communications.

From the carrier’s point of view

As a carrier and supplier of offers in this area, Orange is aligned with this vision. “By agreeing on this layer of interoperability and this uniform representation, the challenge is ultimately to increase the range of supported objects and to offer a full connected home experience to our customers. This allows us to leverage the box’s central role in household device management and ultimately to combine Internet offerings with B2C IoT services that are enriched with respect to comfort, security, assistance and more by freeing ourselves of the current constraints of the differing protocols used by objects. Finally, this enriched experience will be delivered with a high level of security and confidentiality — parameters that are at the heart of the work carried out by the Thread Group and the Zigbee Alliance’s CHIP working group.” 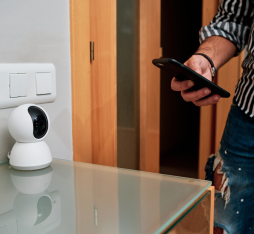 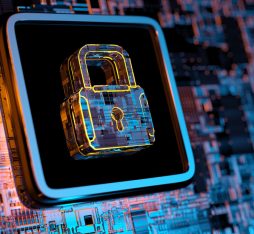 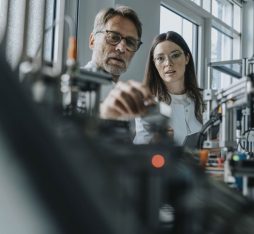 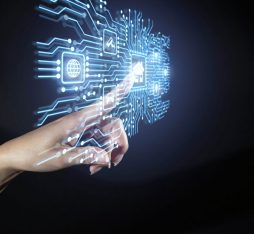 The keys to analysis for navigating the world of IoT technology