The telecom infrastructure: is it a virtualisation service like any other?

Public clouds do not necessarily provide the very high level of performance required by telecom applications.

The traditional telecom networks with physical equipment for each function are almost a thing of the past. “The general trend in our sector is one of acceleration”, explains Stéphane Demartis, Director of Cloud Infrastructure & Services at Orange. “However, at the moment we need an average of 18 months to test, approve and install a new network component. This no longer works with the pace of the market, which requires us to add or update components much more rapidly”.

This explains the new direction that the telecom industry has started to take in recent years, with the softwarisation of networks and the virtualisation of their functions (“network function virtualisation” or NFV). In layman’s terms, this means that the functions are performed less and less by dedicated physical equipment and increasingly by software installed on standard servers, hosted in data centres which are more or less centralised. Consequently, as with any professional application, telecom network management can instead be migrated to the cloud, with all the advantages that this traditionally entails.

According to Stéphane Demartis, “managing a network through a cloud operator has many advantages from a technical perspective. Everything becomes accessible ‘as a service’: not only the software but also the platforms offered to developers, which allow us to offer new apps without worrying about hosting; and even for the infrastructure itself, which can be built on virtual servers that are tailored exactly to our needs”. What are the main gains? Time can be saved when approving components and updates, and equipment that is the most effective for enabling flexible management and reduced energy consumption can be pooled together.

Above all, this architecture makes creating and managing networks much more flexible in using API. For example, as Stéphane Demartis confirms, “we know how to manage temporary increased traffic on a mobile antenna – our networks are scaled to handle this. But in the near future, with 5G, there will be fluctuations which are 20 to 50 times larger and we will need to be able to adapt our network locally”. The solution therefore lies in API automation, where APIs can be opened and closed in real time, depending on demand.

For all these reasons, Orange is working to develop its own cloud operator, which it has named Orange IaaS (i.e. “Infrastructure as a Service”). An initial version of the solution was put into operation in Spain last summer. Orange IaaS is starting to be deployed in Poland, Slovakia and Romania, and will soon be coming to Belgium, while a new version with more features is expected to be available in January 2020.

But why develop our own cloud operator rather than using solutions available on the market? In fact, cloud products are just as common among global players such as Amazon, Google and Microsoft as they are at Orange Business Services, which has its Flexible Engine solution. Stéphane Demartis explains: “Operators, Orange included, have a strategic interest in maintaining full control of their infrastructures. What’s more, public clouds do not necessarily provide the very high level of performance required by telecom applications. We also have very specific constraints in terms of design, monitoring, security and regulations – all of which call for infrastructure to be deployed within a dedicated private cloud”.

Are we moving towards an industry-wide standard?

This “proprietary” approach does not mean that Orange is going it alone. On the contrary, the Group is heavily involved in working groups that are developing a standard for cloud operators and IaaS. This is an objective being pursued as part of our work within the GSMA and the OPNFV ‑ a collaborative project which is under the supervision of the Linux Foundation and aims to accelerate the development and testing of open source virtualised network functions.

For Stéphane Demartis, “the idea behind Orange IaaS is not so much about selling this solution to other operators, but rather contributing to the emergence of a model and standards that are common across the entire sector”. In fact, all operators face the same challenges and have had teething problems when launching their first NFV projects. This means that there are almost as many approaches as there are operators and providers of network solutions.

Stéphane Demartis concludes that “nowadays, it is in all our interests to work together as operators and with our suppliers. At Orange, we are convinced that is the only way to streamline an ecosystem that is still very fragmented, and to succeed, ultimately, in delivering on all the promises of NFV”. 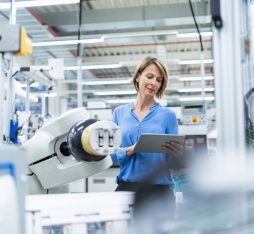