The race is on to build the quantum internet

“Once you can create entanglement, it opens up a whole range of new functionalities such as quantum teleportation.”

“Quantum Key Distribution”, or QKD, will undoubtedly be the first technology to make practical use of the potential applications of quantum physics outside the laboratory. Such is the three-year goal set by the European project entitled OpenQKD, which brings together research centres and industry partners from thirteen different countries. For Europe, OpenQKD is a pilot project paving the way for EuroQCI – the European Quantum Communication Infrastructure. EuroQCI’s vocation is to create a functioning quantum internet within fifteen years, capable of supporting a multitude of new functionalities extending well beyond digital cryptography.

A complex network for complex applications

Speaking from her laboratory at the CNRS / Sorbonne Université, Research Director Eleni Diamanti explains: “So far, we have mainly carried out point-to-point quantum communications experimentations. In terms of security, we can already see that quantum technology has the potential to improve several protocols beyond key distribution, such as coin flipping or currency transaction. However, if we want to go beyond basic point-to-point connections and communicate over long distances, or achieve more complex protocols, we’ll have to be able to set up network nodes and to distribute entangled states. These entangled states are one of the unique aspects of quantum physics, as they provide correlations not found in classical physics. Once you can create entanglement it opens up a whole range of new functionalities, such as quantum teleportation. From there, we can start to imagine applications like secure electronic voting, transmission of anonymous messages, etc. These are the applications that we aim to demonstrate in the coming years.”

It’s important to distinguish between applications (such as QKD) which only involve the creation and measure of quantum states, and can work on a network of “classic” nodes, and those that will require a network whose infrastructures have yet to be invented. In particular, these infrastructures will need to provide repeaters capable of transmitting the entangled states, and will also need to solve the problem of storing quantum states, which are highly fragile and volatile.

At the Delft University of Technology, researchers at the QuTech institute are busy setting up what could be the world’s first quantum network, connecting four cities in the Netherlands. One key of QuTech’s key challenges is to develop the abstraction layers that will envelop the physical network. Victoria Lipinska, a researcher at the Delft institute, explains one possible application of the quantum internet: the concept of Blind Quantum Computing. “Because of their enormous size and complexity, it’s unlikely we’ll be seeing quantum computers in the public domain any time soon. However, big data centres already have access to these types of computers. What will likely happen is that, within twenty years, industries will use these computers as a service. Companies will use small quantum devices, which will send queries to a remote computer. Due to the nature of the protocol itself, this computer has no knowledge of the data being sent, which is why we call it Blind Computing.”

A report from the McKinsey agency estimates that the first sectors to be affected, already within the next decade, will be finance, energy and advanced technologies. Later, pharmaceutical companies will be able to test medications by using quantum computers capable of modelling even the most complex molecules.

A new network running alongside the internet

Both researchers agree that the quantum internet will not replace our current internet. Rather, it should be seen as an extra layer that will be used to undertake specific tasks. There are several challenges to be overcome before a functional quantum network can be established, starting with the transportation of photons. While fibre optic technology is an effective transporter, it causes unavoidable depletion of the light particles. Satellites are one option to bypass this limitation, but they pose problems in terms of performance and infrastructure. Like most powers involved in the race to develop quantum technology, Europe is currently in favour of a global quantum network that would combine terrestrial and spatial pathways.

Making the leap from laboratory to market

Key actors involved in the research include university institutes and space agencies, as well as industrial and telecoms operators. In France, the CNRS is working with companies such as Thales, Airbus, Nokia and Orange. According to Eleni Diamanti, “we’re seeing more and more interdisciplinary cooperation, which is a good thing: if we are to build a quantum internet, we’ll need computer scientists and physicians, as well as electronics engineers and network experts.” These bridges between the worlds of academia and industry will also set the stage for what follows the fundamental and experimental research: determining use-cases. This is what Victoria Lipinska is currently working on; after four years at Delft University, Dr. Lipinska joined KPN, the Dutch telecommunications company: “It’s no small feat. We’re taking a completely new technology and trying to apply it to a service that can be provided to a client. But with its unparalleled security capabilities, the quantum internet is full of promise.”

At this stage, it’s difficult to predict all the possible applications of the quantum internet, but both Diamanti and Lipinska are hopeful that its impact will match that of our current internet: after all, when two computers from the Arpanet network communicated with one another for the first time, who could have imagined meetings being held via videoconference, communications on social media, streaming movies, remote surgery, and so much more? 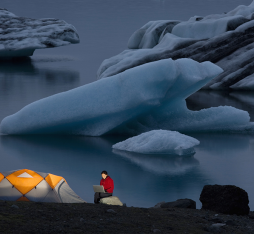 Cloud computing all across the world 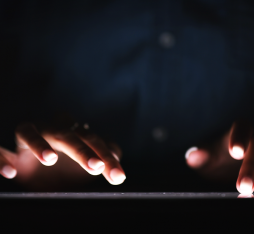 And encryption came out of the light! 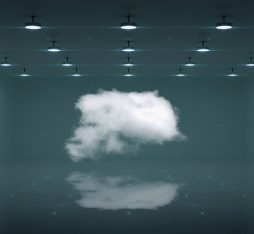