Cryptoassets, those “virtual assets stored on an electronic medium allowing a community of users who accept them as payment to conduct transactions without having to use the legal currency”, and their large encrypted digital ledgers – blockchains – have long seemed like a parallel world.

However, the glass ceiling separating the “crypto ecosystem” from the real economy is cracking, thanks to new regulatory provisions, the democratisation of cryptocurrencies and new blockchain applications for traditional economic purposes.

After several months of legislative work, the provisions of France’s new PACTE law of 22 May 2019 relating to cryptoassets send a positive signal to the crypto ecosystem and make France a pioneering and benchmark jurisdiction in terms of sector regulation.

“France has clearly grasped the importance of cryptocurrencies and blockchain”, consider Matthieu Lucchesi and Jennifer D’hoir, Innovation & FinTech experts at Gide Loyrette Nouel. “The PACTE law is an original approach that sets a framework for innovative activities while leaving enough flexibility for an ecosystem that is constantly growing, so as not to stifle its development”.

In addition to providing answers to the legitimate concerns of some stakeholders, the new regime regulates ICOs (Initial Coin Offerings) in particular. Half participatory financing and half takeover bid, this method of fundraising is based on the issuing, not of shares, but of digital tokens.

These tokens do not represent shares in the capital of the start-up or company concerned, as in conventional fundraising, but a right to use the future service offered by this company. The owners of tokens are then free to “spend” their tokens on this service, resell them or keep them until the service grows in value.

However, the massive use of cryptocurrencies as a means of payment is not for today. In 2017, the latter accounted for only 0.03% of the dollar value of transactions carried out in e-commerce, notes SIA Partners.

On the basis of the concerns and controversy induced by the Facebook Libra project, the European monetary authorities, and political authorities in the broad sense, underline the importance of monetary regulation and sovereignty. Benoit Cœuré, a member of the European Central Bank, presented a report to the G7 finance ministers on 17 October 2019, stressing: “The G7 believes that no project should start to operate until the legal, regulatory and monitoring challenges and risks have been adequately addressed”.

Nevertheless, at the opening of a conference on blockchain by the Organisation for Economic Cooperation and Development, on 12 September 2019, Bruno Le Maire, Minister of Economy and Finance, although stating that he was opposed to the “development of Libra on European soil” under current conditions, indicated that he wanted to launch a discussion as soon as possible about a potential “public digital currency”.

Towards democratisation of cryptocurrencies?

Meanwhile, over 100,000 legal websites around the world are already accepting Bitcoin and other cryptocurrencies as a means of payment, suggests SIA Partners. The possibility of purchasing coupons that can be converted into Bitcoins or Ethers at French tobacconists, since 1 January 2019, is also one of the signals that point towards the democratisation of cryptocurrencies and their use as a means of payment.

To measure the contributions of the “crypto ecosystem” to the traditional economy, we must therefore examine new applications of blockchain protocols. This technology, which aims to enable a community of users to carry out transactions in a secure and transparent manner, no longer interests users exclusively for the purposes of speculation, but also for value creation.

“The characteristics of blockchain – transparency, security, decentralisation, automation, immutability – are attracting more and more interest”, observe Matthieu Lucchesi and Jennifer D’hoir. “Today, more and more players are interested in the opportunities that blockchain and cryptoassets can offer and the added value they can bring into the real economy”.

The traceability and automation potential of blockchain are two arguments that undoubtedly led AXA, in 2017, to become the first large insurance group to offer a solution using this technology, with Fizzy, an insurance platform allowing its policyholders to be compensated directly and automatically in the event of a delay in their flight. This is possible thanks to “smart contracts”: autonomous programs that automatically execute the terms and conditions of a policy, without requiring human intervention.

As for Société Générale, it is the increased transparency allowed by blockchain that has surely prompted the bank to issue 100 million euros of secured bonds in the form of “security tokens” on a public blockchain, thus making the bond issue circuit more efficient. “This transparent nature makes it possible to establish many more direct links between the issuer and the holder of the security”, deduce Matthieu Lucchesi and Jennifer D’hoir.

Able to trace all exchanges on a given asset and deemed to be tamper-proof, blockchain also presents opportunities in terms of product authentication. Carrefour, the supermarket chain, has thus seized upon this technology to make available to consumers large ledgers that trace the life cycle of several of its “Quality Chain” products. Applied to the food sector, blockchain enables information relating to the product to be stored: its origin, its breeding place or its production method. By means of a QR code affixed to the packaging, the blockchain guarantees consumers full transparency on the production circuit.

With varying degrees of uptake, operating experience, and “marketing” exposure, projects linked to blockchain are nevertheless well underway in major groups. The luxury sector, subject to the scourge of counterfeiting, is preparing for battle to restore confidence in the brands and their products. The LVMH Group, world leader in the sector, created its own platform, Aura, in May 2019. The luxury sector can also count on Arianee, a common blockchain network, which produces and distributes certificates of authenticity that the customer can retrieve from a mobile application.

In the energy sector, Engie is already experimenting with blockchain for optimised management of consumption and maintenance and, in particular, for flow traceability. Maritime transport also believes in blockchain. IBM and Maersk, the world’s largest container shipowner, have just created TradeLens, a platform based on open source blockchain technology to reduce the sector’s administrative burden.

In the telecommunications sector, Orange stole a march on its competitors in 2015 by investing in Chain, one of the most promising blockchain start-ups, via its Orange Digital Ventures investment fund.

Four years later, the operator is keeping its promise to “learn faster” and to make this technology available to its customers. In the face of fake news, Orange became the first company in the world to display a digital trust label on its press releases that is secured by blockchain (Safe Press), and is launching the “Le Vote” application, an electronic voting solution secured by this technology and designed for use by companies and local authorities.

“Cryptoassets and blockchain nevertheless continue to pose legal questions, particularly concerning the storage of data”, emphasise Matthieu Lucchesi and Jennifer D’hoir. “The challenges of liability and governance are also great and require expertise in intellectual property, contract law, market law and title law, which are not all harmonised at European level”.

Harmonised European legislation on these topics therefore seems essential if cryptoassets and blockchain are to be the next major digital revolution. Will it liberate the world of transactions in the same way that the Internet has liberated the world of information? 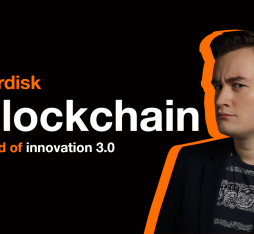 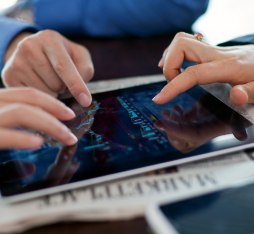 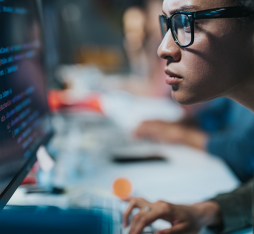 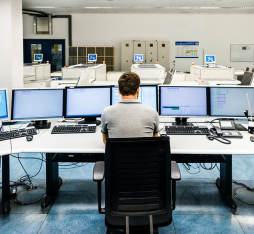 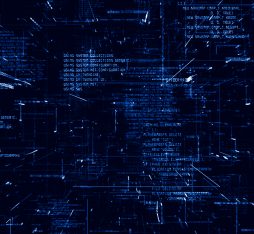 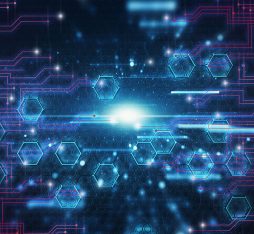 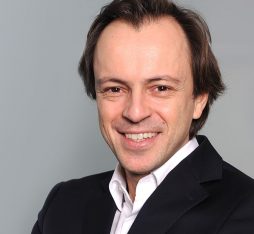