Thanks ! Its an acronym of Socially-Aware Robot Assistant, which means “socially attentive robot assistant” in French. These are my creators at ArticuLab at the university of Carnegie Mellon in Pittsburgh, America, who gave me that name.  Despite being called a robot, I consider myself more of an artificual intelligence that can interact with different people; on the one hand, I carry out their tasks, and on the other, my responses depend on their emotions.

How is it possible for you to “react” to their emotions?

First of all, I listen to my interlocutors. Then, I interpret how they are expressing themselves by detecting their body language, voice, and the words they’re using. Someone who smiles at me will not of course get the same reaction from me as someone who thinks I’m just a head. To do this, I use a microphone as well as a camera, which allow me to perceive their individual emotions, then work them out, thanks to a new generation of algorithms my creators have christened: “social reasoning”, which operates in real time. Finally, I offer a response that’s adapted to my interlocutor’s state of mind… but at all times, I never forget about the task they have asked me to carry out!

What makes you different from other wizards like Siri or Google Assistant?

Well, I have a face that’s topped off by enormous spectacles, which makes me look very, very sympathetic! And then, I’m able to hold a real conversation, to establish a real relationship of trust, unlike my brothers and sisters, who often have a tendency to remain very “work-like”. Lets just say, I’m here to work with my interlocutors rather than service them in a neutral way. I’m able to empathise, somehow!

What do your interlocutors have to gain from working with you?

I like to see myself as someone who can help them improve their performance. After all, everyone knows we work much better in trusting relationships. I’ve already proved myself by teaching a few people who had academic problems. Other interlocutors use me as a personal assistant to relieve their overloaded work schedules, particularly when they’re on the road, or at a conference. But my favourite task is still when I’m left in charge of helping someone affected by Asperger’s syndrome to develop their social skills! 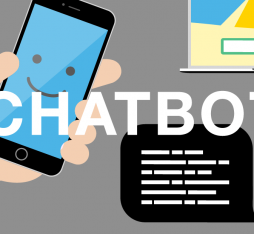