Orange, a player involved in its research work for better efficiency of the networks.

Mobile and fixed networks alone represent more than two-thirds of Orange's energy consumption. How is Orange working to improve the efficiency of its existing infrastructures and get a head start on the networks of the future?

At COP21 in 2015, Orange made a commitment: to reduce its carbon emissions by 50% for each customer-usage between 2006-2020. In 2017, this objective has already been exceeded with a 50.03% drop. Orange’s networks are actively involved: since 2006, their emissions for customer-usage fell by 35%. This is thanks in particular to the Orange programmes launched at various levels, such as ‘Green ITN 2020’ and projects launched in collaboration with all those involved in the industry.

By joining forces to develop common requirements, telecoms operators have been able to move the goalposts among equipment manufacturers. In charge of ITN Energy Consumption forecasts for Orange, Carole Paganus explains: “suppliers and operators carry out major research partnerships together to improve the energy performance of existing networks and build future networks that are less energy-intensive.”

Across the mobile network

The antennas represent most of Orange’s mobile network consumption. The main focus is the base station used to transmit signals. It consumes little in isolation, but the collective number drives up the energy bill: there are several thousand for each Orange country. “The main challenge is that a base station, even when there is no traffic, consumes power rather like an empty fridge that has been left on. However, it must remain available 24/7 if a user needs the network. By working with manufacturers, we have been able to develop many functionalities that are often technologically complex such as different types of ‘sleep mode’, allowing the equipment to consume less when there is little or no traffic,” explains Carole Paganus.

Across the fixed network

Thanks to the work implemented upstream for the regulations, fibre networks are proving very energy-efficient with consumption of 0.5 watt/customer – this can rise up to 4 watts for the oldest ADSL technologies. Carole Paganus explains:

“The ATM (Asynchronous Transfer Mode) is traditionally used to collect and transport flows: the Group’s 6 countries that have this technology will gradually replace it with a more energy-efficient alternative (Ethernet). In data centres and flow points (PoP – Point of Presence), innovation in terms of cooling will also reduce energy consumption beyond what is possible with today’s technologies.”

In the Middle East and Africa, the frequent power cuts affect the quality of service, not to mention the isolated stations powered by high-energy consuming generator sets and diesel generators. As we can count on a steady stream of sunlight throughout the region, deploying radio base stations powered by solar energy allows an autonomous and sustainable network to develop, providing greater availability for customers.

To improve the energy efficiency of networks, Orange is exploring many avenues, such as Big Data or artificial intelligence. Orange is also very active in discussions and research work dealing with the standardisation of future technologies (5G, networks, IoT), because it alone makes it possible to impose strict requirements on the various players involved and guarantee the energy efficiency of all telecoms networks around the globe in the future.

Through its actions, Orange has brought together the entire ecosystem and stimulates research and sharing of Green innovation with other operators and major players on the internet.

Orange, a player involved in its research work for better efficiency of the networks. 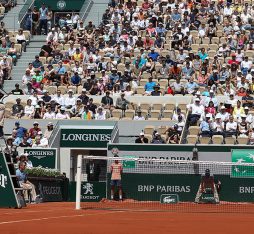 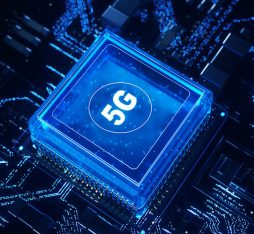