“Due to its size and its simple digital activation, the eSIM will increase the connectivity of objects that were previously unconnected to the cellular network”

What is eSIM and what does it change compared to the SIM card ?

Christine Lemoine: An eSIM (embedded SIM) is still a SIM card. Customers still have to sign up with an operator. They still have access to advanced services, and can transfer their phone numbers. They have a unique contact number, and the same legal requirements still apply with regard to customer identity.
The changes are taking place at a SIM card retail level, since eSIMs are being built into every connected object, which will eventually include smartphones. Although the operator still manages the network and, thus, the connectivity, it no longer sells the SIM card itself. The mobile manufacturer buys the eSIM component from a card embedder (Gemalto, G&D or Idemia, previously Oberthur).

Meanwhile, the operator must use a platform for downloading profiles, provided by these same card embedders, mostly as a ‘cloud-based’ solution. These card embedders have built secure digital facilities for creating and downloading profiles for operators.
Due to its size and its simple digital activation, the eSIM will increase the connectivity of objects that were previously unconnected to the cellular network, such as tablets, watches, etc.

Christine Lemoine: The operator profile is no longer incorporated into a physical SIM card at the factory ahead of being sold, since it’s downloaded by the customer remotely. The card is configured in seconds, after the customer signs up.
A profile is sent to them via a platform, and the operator is able to make the link between the profile and the customer’s mobile account. The operator’s information system collects data from the platform, such as confirmation that a profile has been correctly installed, and on which card. Multiple ‘operator profiles’ can be installed on a single eSIM card. However, only one profile can be active at a time – the others are disabled.
A profile cannot be copied, nor transferred. Whenever a customer changes his or her device, he or she will need to launch a new profile request process.
As a result, the eSIM increases the digitalisation of the customer journey, and means they no longer need to go into a shop, and no longer need to deal with physical SIM cards. Customers will be able to activate their eSIM devices in physical Orange shops, as will be the case very shortly with the Huawei Leo watch in Spain; or they can decide to do so later on, using online tools or apps.

Several manufacturers are already offering the eSIM within their products. It is therefore no longer provided by operators. How is Orange preparing for its arrival?

Christine Lemoine: The GSM Association (GSMA), which unites both mobile operators and manufacturers (around 40 of the leading mobile operators, device manufacturers and card embedders) has successfully set up a joint project and fostered a relationship of trust between these stakeholders, in order to establish common standards.
Orange is heavily involved in this working group, to ensure that a standard that meets the needs of operators is developed, and that a direct link with its customers is maintained. A standard solution has thus emerged.

What were the steps taken within the GSMA to reach this standard?

Christine Lemoine: The process was an immediate success, resulting in the release of Phase 1 of standardisation after six months (in December 2015), and the drafting of a document specifying interfaces and security measures that would allow operator profiles to be loaded onto eSIMs remotely. It’s true that the GSMA was able to reuse some of the details already specified for the Machine-to-Machine market, the standard launched two years previously. This release has allowed quite a few countries to launch the Samsung Gear S2 watch, which contains an embedded SIM.
During Phase 2, operators managed to offer end-to-end, digital journeys, and incorporate the eSIM into mainstream devices, such as connected watches for example. This is also when Apple joined the GSMA, having launched a non-standard version of the eSIM – the Apple SIM – a few months earlier.
With an increasing number of players, resulting in lengthy discussions on certain features that sometimes required legal input, and with different views from a range of countries, we needed a good 18 months of work before moving to Phase 3.
This Phase, launched in mid-2017, was marked by Google’s arrival into the GSMA working group. The goal is to work together on ‘Business’ features, operator profile management (product support) and, above all, to optimise the digital journey. In fact, activating an eSIM with an operator profile is very easily done from a smartphone or tablet, using a pre-downloaded app like ‘My Orange’.

What impact does the eSIM have on operators?

Christine Lemoine: Besides ceasing logistical operations such as the production, delivery and storage of SIM cards, operators must develop their information system (IS) in a structured way, by incorporating the process for the real-time loading of their profile onto customers’ eSIMs. The operator’s IS must also interface with that of the card embedders, to ensure the security and authenticity of the profiles downloaded.
Three options have been developed for downloading profiles:
First scenario: the operator provides an activation voucher using a QR code displayed in an app, on the website, or on a receipt that the customer scans with the device to be activated. It contains the location of the operator platform, together with a code, thereby allowing the profile to be received.
Second scenario: the customer can retrieve a profile by submitting the eID, the eSIM card’s credentials, as well as the IMEI (International Mobile Equipment Identity), which identifies the mobile device. A connection is subsequently established between the device and the platform using Server Discovery (SD). The profile is sent automatically after the customer gives his or her consent. This approach is particularly useful where the customer has signed up before setting up the device, and in some cases where there are two different people involved (the person who pays the mobile contract/the user of the device)
Third scenario: the customer uses the ‘My Orange’ app to confirm the request for connectivity from his or her device, and instantly receives the profile.
In order to facilitate these different processes, Orange needed to invest in a management platform – ‘digital SIMs’ – provided by the company G&D. All countries with an Orange presence can connect to this platform, since it has been calibrated to best suit their operational requirements and business needs. Spain, for example, has just launched the Huawei Leo watch using this new platform.

What are the next steps in the eSIM roll-out?

Christine Lemoine: In three years, operators and manufacturers have successfully reached agreements by working together on the functionality of the eSIM on the personal device market (smartphones, tablets, watches, PCs, etc.), releasing two standard iterations, and bringing secondary devices to market for the first time. Alongside the third standard iteration, planned for this year, the next step will be to ensure that the common standards are well-respected, regardless of any specific manufacturing conditions. Giving a profile to customers should follow an identical process for all devices.
In order to remain compliant with these standards, it will undoubtedly be critical to work towards the certification of the SIM card, as well as the functionality of the device. Discussions on this matter are still underway. Without such certification processes, the operator may not be able to market products that do not comply with these standards.
By 2030, we predict that 100% of devices will be fitted with an eSIM. This move into the mainstream market will be slow, since meeting the standards will involve major modifications to internal processes for the majority of operators, and the upgrade of devices for manufacturers, starting with the highly-anticipated overhaul of smartphones. 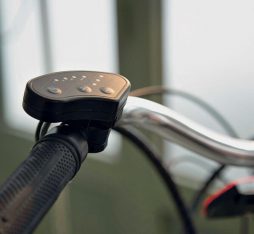 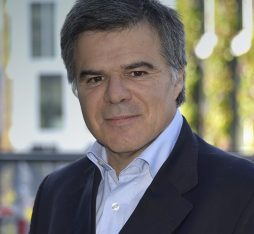 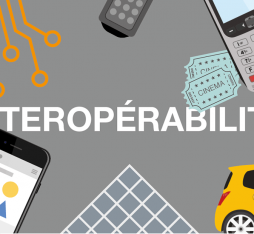 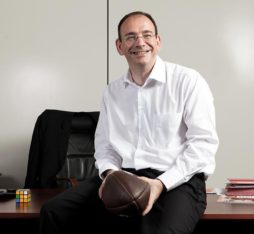