En route towards the Internet of things

Manager of the "Interconnecting Attractive Territories" research programme at Orange Labs in Lannion, Cédric Seureau is working on the Thing'in platform, aimed at developing new services around the IoT.

Following in the footsteps of Tim Berners-Lee who invented the Web in 1989, today the research platform Thing’in, developed by Orange, proposes to relive a similar experience: to take part in the birth of the Internet of things.

Cédric Seureau, manager of the “Interconnecting Attractive Territories” research programme at Orange Labs in Lannion, presents this bridge between the digital world and the physical world, which takes the shape of a digital index of things and their relationships.

The idea is, in particular, to bring about new cross-sectoral IoT services through the discovery, linking up, and use of objects from different realms (objects from the home and the city, from transport and industry…).

In this respect Orange is establishing itself as a major player in the internet of things and their digital avatars within multifaceted ecosystems (manufacturers, object owners, developers), with the ambition to pave the way for innovative business models. All of this in cooperation with users, public research institutes, start-ups, industry, etc. A programme that was presented at the 2017 edition of the Orange Salon de la Recherche, from 5 to 7 December. 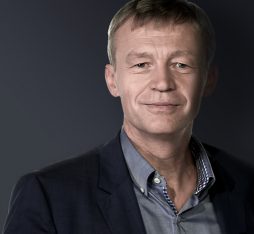 « “Maisonas” to prepare the home of the future