CNCF: A Co-Innovation Space at the Heart of the Cloud Native Revolution

“The Cloud Native revolution pervades culture, practices and business models as well as the means of providing, deploying and leveraging services.”

Cloud Native technologies enable companies to enhance their business agility and innovation, helping them adapt to their market. Cloud Native is an extension of the infrastructure services provided by cloud computing, including access to storage, memory, networks and so on, in an ‘as-a-Service’ model. “Cloud Native promotes agile and modular architectures—all with their own lifecycles—that can be distributed in scalable environments. Companies can build and use elastic applications in modern and dynamic cloud environments,” explains Philippe Ensarguet, Chief Technology Officer at Orange Business Services (see ‘Find Out More’ section).

More Than an Evolution

Cloud Native is a key topic for telecoms carriers, requiring a change in culture that is not always easy. “For telecom operators going digital such as Orange, Cloud Native is the pivot and the starting point for a new era affecting every facet of the business, including skills, culture, practices, tools, economic and operational models and so on,” Philippe Ensarguet emphasizes.

At the Heart of the Cloud Native Ecosystem

Orange joined the CNCF to overcome this challenge. Part of the Linux Foundation, this organization federates and stimulates the Cloud Native ecosystem. Philippe Ensarguet says that “The CNCF has managed to bring together a set of players in an open-source environment, allowing them to cooperate in assembling the fundamental building blocks of Cloud Native. It goes without saying that among those involved are leading tech players, but user communities also take part — companies that deploy and use the technologies designed by the Foundation, who thereby contribute to and produce new building blocks themselves. These users are recognized for their commitment every year. For instance, Spotify, which was recently granted a Top End User Award by the Foundation, has made more than 27,000 contributions on 13 projects hosted by the CNCF since it became a member in 2018.

In addition to Kubernetes, which has become the core runtime engine for Cloud Native, the CNCF hosts several open-source innovation projects that have already been widely adopted, such as the Prometheus monitoring and alerting system and the Open Policy Agent security policy engine.

Beyond that, the Foundation is a unique space of information, education and exchange, enabling its members to take ownership of and develop their own Cloud Native practices and culture. The CNCF offers recognized training and certification programs and hosts regular events such as KubeCon + CloudNativeCon Europe, which brought together more than 27,000 participants for its week-long 2021 edition.

“Along with Kubernetes, the Cloud Native cornerstone is the new operating system for the cloud,” Philippe Ensarguet concludes. Its implementation is an additional step in the softwarization of our industries, which, from Orange’s standpoint, permeates our network, digital, data and AI footprint. By joining the CNCF, the Group is positioning itself within an already dynamic ecosystem that continues to develop its structure. Orange intends to fully play its part and contribute to this ecosystem.”

The cloud initially relied on virtualization technologies. These enable multiple execution environments to run on a single physical machine, meaning businesses gain the processing capabilities they need with fewer servers. But simply putting an application in the cloud doesn’t make it Cloud Native. Previously, it was a matter of manipulating one-size-fits-all services, where any change to a line of code required redeploying the entire service.

Cloud Native technologies enable the implementation of loosely coupled systems that are resilient and manageable in equal measure. When combined with a robust automation system, these systems allow for automated deployments and updates. 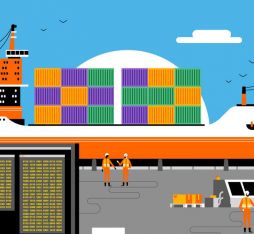 Blockchain: improving the efficiency of the maritime trade supply chain 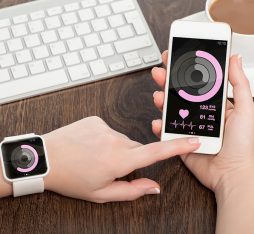