Quantified self (QS), which consists of collecting, analyzing and sometimes sharing data by means of connected objects or applications, is becoming more widespread – not only in sporting contexts but also among the general public. But this self-quantification raises a number of questions. How does the quantified-self movement redefine sport, well-being and health, and what does it reveal about us? Does it generate new dictates? Does it present risks from a societal point of view (appropriation of personal data, the cult of performance, etc.)? We put some of these questions to Anne-Sylvie Pharabod, a sociologist at Orange Labs’ SENSE laboratory and co-author of a study on quantified self practices.

In a 2013 study, you noted three rationales underpinning self-quantification: medical supervision, routinization, and measuring sporting performance. Are you looking further into these three uses in your current work?

Yes, and in particular, we found it interesting to concentrate on quantifying the ordinary activities of everyday life: the number of steps, how often you water the plants, the time spent on household tasks, etc. These uses – which are called quantification uses focusing on routinization and aimed at adopting new practices and / or giving up bad habits – are the most disruptive in comparison with the types of quantification that were already present before the self tracking tools became widespread. Medical surveillance has always existed (for example diabetes diaries) and there have always been performance measurement tools in sports clubs.

What are your main lines of research?

With routinization, the idea is to get moving and regularly do something, a commonplace task, by following a personal goal that you have set yourself. I have in mind the example of a PhD student who sets herself the goal of writing a page a day. But self tracking tools often carry pre-set objectives, and it is questionable whether this objective is truly personal.

Our role as a social sciences laboratory that focuses on emerging uses from a futurist point of view is also to study the social stakes involved in digital tools above and beyond individual uses. In this case, the question raised by the QS tools is: do they result in new standards in terms of lifestyle? Do they result in emulation or in a form of social control through the eyes of other Internet users?

We therefore looked at how the health objectives are defined. In this respect, the example of pedometers is revealing. 10,000 steps per day is the default goal adopted by most manufacturers. It is not a WHO recommendation but a simplified translation of the number of hours of physical activity per week recommended by the WHO into a number of steps per day. What is interesting is seeing that pedometers have “invented” the standard of 10,000 steps a day, and that in this sense they have an impact on the public’s view of a healthy lifestyle. Does it mean that all users actually do take 10,000 steps per day? Absolutely not. People don’t question the standard, but on the other hand, they do interpret it in their own way. Standardization does not necessarily lead to standardized practices.

What issues does quantified self raise in terms of privacy? Are we likely to see companies (insurance companies, for example) taking over our personal data?

This is an important issue. What is certain is that any interpretation of this data from an external viewpoint is problematic. Self-tracking tools are not medical tools: personal measurements do not respect a common and reliable protocol, and the resulting data is absolutely not comparable between individuals. Once again, the case of the pedometer is quite interesting. Users each calculate their data (the number of steps) in their own way. There are those who will convert each of their sports activities in to steps – their session on their bike, their morning jog and, of course, their daily walk. Then there are those who use the pedometer as an incentive to do more walking and turn it on only when they start walking. There are others who put it on as soon as they get up in the morning and remove it at night when they go to sleep because they want to have a picture of their physical activity, whatever it may be, throughout the day. These three ways of measuring physical activity reflect different realities. Personal measurement is not neutral at all, and it is not exhaustive. The absence of a precise measurement protocol distinguishes it from the medical measurements or sports tests.

Are we not moving into a rationale of seeking permanent performance?

As part of my research, I found people much more “measured” (laughs). People who self track have a rather benign view of themselves. Above all the numbers mainly boost self-esteem. Performance measurement tools tend to be adopted by beginners who will use them while they are making progress. As soon as they reach a certain level, either they drop self tracking, or they change discipline so that once again they can watch their progress. This is fairly typical. 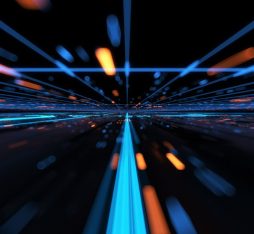 CNCF: A Co-Innovation Space at the Heart of the Cloud Native Revolution