Late 1990s: Internet use is limited by bandwidth. Social networks don’t yet exist outside of professional mailing lists. The entry point to the Internet is often through the inbox. Connection, which is still through a modem, makes it necessary to wait in between messages sent between users. This is how France discovers chat rooms.

To boost its audience and to compete with American email provider Hotmail, the founders of Lokace open Caramail, an email service integrating chat functionality. At the heart of the success of chat rooms, we get to meet up and chat with strangers from all over the world, time is forgotten, we’re looking for socialisation, to discover an open world and for live chats. Users spend hours there, even creating huge queues to have access to computers in university IT rooms or in cyber cafés (as recalled by Olivier Le Deuff). An addictive social mechanism that in time to come will propel the social networks of the 2000s.

The virtually simultaneous launches of the first social networks, such as Facebook (2004) or Twitter (2006), and of the first iPhone (2007) constituted a significant milestone in capturing the attention of Internet users. The technique of infinite vertical scrolling of the screen, in particular on social network news feeds and mobile internet, has largely contributed to the success of these new internet players, cresting the wave of the craving for another dose of dopamine … through exchanged “likes”.

Each new publication is displayed live, bringing about feverishness in the user when they are not connected, for fear of “missing something”. The entire system is part of this logic of continuous presence; as shown, for example, on the Twitter application screen that opens up to a summary of missed tweets “while you were away”.

A recent study by NN/g (Nielsen Norman Group), “Scrolling and Attention“, reveals the tendency to scroll smartphone screens more and more. Today, 74% of mobile Internet users look at the first two pages whereas in 2010, 80% of them looked only at the first page.

Dreamt up in the early 2000s by the Research In Motion (RIM) engineers who invented the Blackberry, push notifications, those messages sent to a smartphone user via a mobile application, already took attention management to the next level.

With the “Instant Article”, a format launched for iPhones in 2015 by Facebook, the trend gained momentum. This functionality enables a much faster loading of content without having to leave the Facebook app, and provides a usability that is supposed to increase readability, thus mechanically increasing content consultation and average reading time of increasingly mobile internet users.

However, to date, Google’s Accelerated Mobile Pages (AMP) have undoubtedly taken this logic the furthest. In response to users’ ever increasing expectations of faster display, the AMP standard is a new web page source code writing format based on HTML, but whose minimalistic version enables very fast downloading: on average the pages are ten times lighter and they download four times faster. A means of minimising friction caused by changes of environment and by load times.

This will to deliver content at ever-increasing speed enables users to browse content more comfortably, browsing therefore for longer.

2013. Streaming and algorithms: the Netflix revolution

On 1st February 2013, Netflix pulled off a major coup with the launch if its “House of Cards” series. Since then, the American SVOD (Subscription Video On Demand) giant has coupled an ambitious content strategy with the power of algorithms. With app personalisation and customised recommendations, Netflix streamlines the (already existing but informal) practice of “binge watching” of content one after the other without interruption. Thus at the end of a “House of Cards” episode for example, the next episode is automatically suggested, unless the user requests for it to stop.

Its success is due to progress made in the area of artificial intelligence and to its recommendation algorithm, which are explained in detail on their technical blog, enabling the identification of spectators’ expectations and offering them content they wish to see even before they have explicitly requested it. As this data (clicks, viewings, re-viewings, interruptions, pages viewed, etc.) is collected, the platform is capable of generating a personalised homepage for each user.

This personalisation technique goes as far as the production of visuals displayed on the homepage according to subscribers’ preferences. Thus for the film “Good Will Hunting”, two illustrations are suggested: one to convince romance fans and the other for comedy enthusiasts.

Siri in 2011, Amazon Echo in 2015, proliferation of chatbots in 2016… voice interfaces are going in hand in hand with a revolution in the area of the Internet of things and with the huge technical progress of new generation networks (4G, 5G). The emergence of ambient Internet is enabling the development of an uninterrupted and intuitive relationship using voice and natural language. Will these interfaces even be able to supersede mechanical interfaces (keyboards, mice, tactile screens…)? Already 20% of queries performed on Google are done so through a voice interface.

Ever more connected with our smartphones and with access to infinite content, in particular via the many social networks that we view (Twitter, Facebook, Instagram, Snapchat…), our attention is more and more fragmented.  This has led to the wish to create short content and single-task apps, as well as command systems, using voice, enabling us to read content even when we don’t have direct access to our smartphones, when we’re tinkering, or in the shower for example.

In this tendency to assist us in our daily lives, these new interfaces don’t only act as search engines in the way that Google does by providing a list of results that we can consult and select, they become solution engines by only showing a reduced corpus of answers to our oral request.

It remains to be seen how users can continue evolving in an ever more rich and connected environment, all the while remaining in control of their attention.

TO FIND OUT MORE about the management of our behaviour and in particular of our cognitive biases in the interfaces of yesterday and today, listen to our podcast with guest speakers James Auger and Albert Moukheiber. 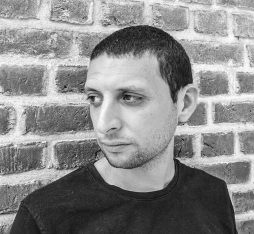