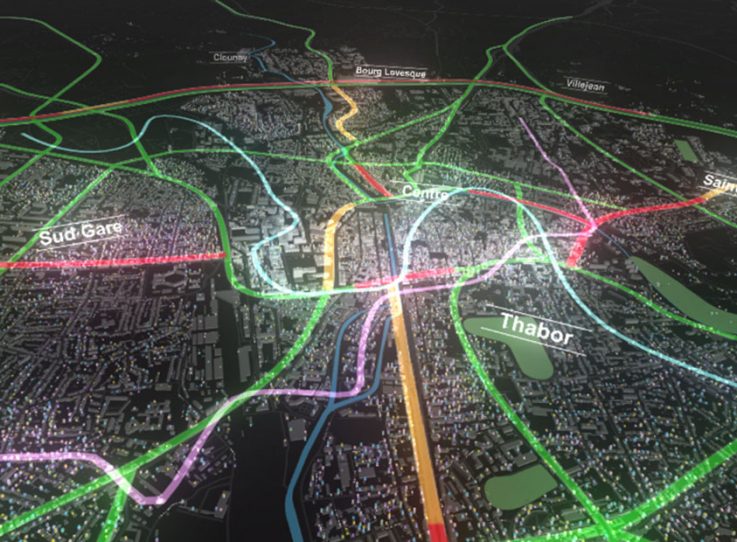 The very large-scale deployment of the Internet of Things (IoT) will soon concern billions of connected objects. With IoT Explorer, research performed by Orange has mobilised virtual reality technologies to capture a realistic picture of deployments of tomorrow on the scale of a large city like Rennes. This search tool presented at the 2016 Research […] 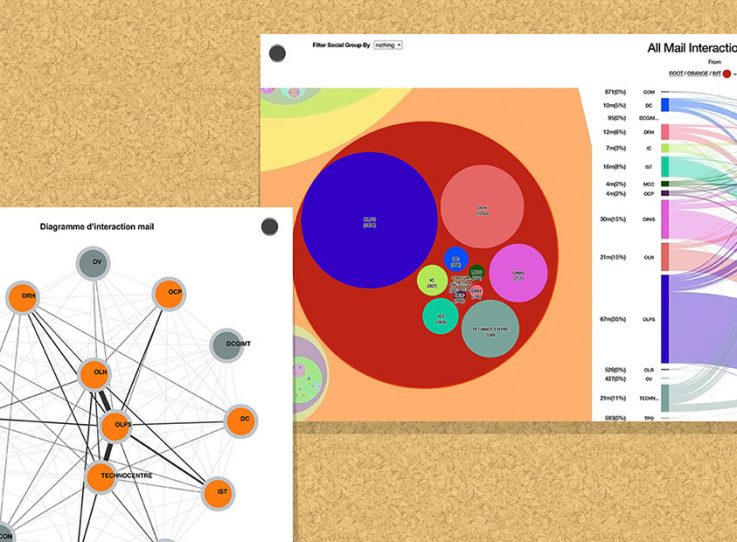 A growing part of business performance is based on how information flows within the company. How do the various entities interact within the company? What difference is there between the organisation and the theoretical process and reality? Through Big Data technology and artificial intelligence, Orange research teams have created an anonymised picture of the real […]